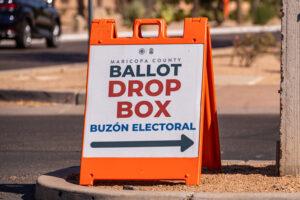 As with every campaign, it’s easy to say that you’re running for office; you can even file some paperwork to make it official. However actually getting on the ballot is a very different matter, involving the collection of a significant number of signatures from voters. Since the signature deadline has now passed, unless a candidate’s signatures are challenged we have clarity as to what the 2022 Scottsdale City Council race will look like.

As of now, seven candidates will be making the ballot for three open seats, with some familiar names running. While incumbent Linda Milhaven will not be on there due to being termed out, Kathy Littlefield and Solange Whitehead will be running for re-election. Considering that they have at times ticked off some of the more monied Scottsdalians with significant interest in city governance, it is likely safe to say that their path to re-election will not be an easy one.

So who are the other five candidates looking to unseat them? First we’ll start with Tim Stratton; he may become a Republican darling, as a member of the National Republican Lawyers Association. He was previously on the city of Scottsdale Zoning Board and is currently on the Arizona State Board for Charter Schools. His platform seems to be relatively light on details but does emphasize “quality growth”. We assume that his fundraising will be robust and he will be a player.

Also, there is Raoul Zubia; our regular readers will remember that when Paula Sturgeon dropped out of the race, she endorsed Raoul. It is reasonable to assume that he will carry the pro-business and anti-NIMBY torch that Sturgeon seemed ready to carry. He brings with him a strong amount of local community experience, which is always a positive in such a localized race.

Barry Graham is also another formidable candidate. He currently serves on the Scottsdale Planning Commission (often being more on the pro-growth side of votes), with fellow Planning Commissioner Christian Serena serving as his committee chairperson (potentially lining himself up for a similar run in ‘24). He was the Treasurer for the now-former LD23 Republicans, so he may also be a GOP darling.

We were not aware of Pamela Carter, who has a career in media as a station manager and radio show host with no discernible political or local civic experience. However, when she lists getting rid of child sex trafficking as one of her main priorities on Council via her website, it’s difficult to see her as a serious candidate. Lastly, there is Daniel Ishac, who is retired and was recently appointed to the Board of Adjustment. Without a website up or much digital presence, it is difficult to glean much information about his campaign or priorities, and he is already working from behind.

With some very formidable candidates, this will clearly be an interesting race, with no easy wins for any incumbents. All of them will need to spell out their vision for Scottsdale clearly, and have it be the right vision, as this may be one of the more competitive Scottsdale races in recent history.