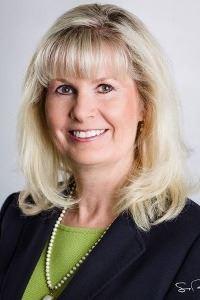 Paradise Valley politics haven’t always been the most exciting, but recent events demonstrate that 2022 will be different, as new entrants for Mayor and City Council will likely mix things up significantly.

Councilmember Julie Pace recently submitted paperwork to run for Mayor in what will certainly be a closely watched battle against incumbent Jerry Bien-Willner. The two have had a somewhat contentious time in council recently, with the incumbent writing op-eds specifically attacking her in what seemed to be an attempt to keep her out of the race. They seemed to have the opposite effect.

While PV isn’t a town with many glaring needs, and as such the differences between the platforms of the candidates is a relatively narrow chasm. The big difference seems as though it will be a focus on term limits and ethics in governance by Pace, as well as Pace’s strong record on quality of life and preservation of the Town’s iconic mountains. This is a significant statement in opposition to Councilmember Paul Dembow, who will be running for his 4th term this year.

Dembow has had a long history of controversy in the town which has brought unnecessary attention to a largely non-controversial board. Additionally, another talking point against Dembow is the charge that he was wasting town resources by consulting with the Town Attorney on the legality of blocking critical comments about him on social media, which Pace has seized upon recently.

Speaking of Dembow’s seat, new entrant Christine Labelle has entered the arena to run against him this election. She is a realtor and long-time PV resident whose platform on the surface mirrors much of the desires of the town, primarily protection from overdevelopment and restrictions on STRs. The significant undercurrent in this race is the past actions of Dembow however, and the desire for many within the town to get him off of the council.

Paradise Valley is known as a fairly sleepy town, just how its residents would like it. But its local politics will be anything but sleepy this year, and a major potential shakeup faces this town. We have appreciated Councilwoman Pace’s priorities in the past and look forward to hearing about her plans as Mayor. And we echo the call for Dembow to no longer be in a position of leadership, and as such we also look forward to what Ms. Labelle has to say.