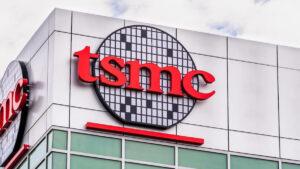 We’re not shy about the need for more housing options in the valley; in the words of that oddball New York political candidate a number of years back, “the rent is too damn high”, but one could also lump home prices in that bucket as well. And as we like to remind you, the best way to reduce those is to increase the supply by building more options. So this story was a particularly interesting one to us with a bit of a new twist.

As reported recently, there will be quite a few new housing options in north Phoenix in the near future in conjunction with the new and massive expansion of Taiwanese chip maker TSMC’s footprint in the area. They intend to hire 4,500 people as a result of this expansion, which will almost certainly necessitate a national search for talent and will lure many people from across the country to the Valley of the Sun. Obviously they will need a place to live, so while the 438 units planned won’t fulfill all of that demand, it will serve a significant chunk of it.

That said, this expansion is in addition to their current construction of 297 single-family homes for rental purposes in the same area, allowing for tech workers who are bringing families over enough space to live a good life with their new jobs.

Probably the most noteworthy aspect is that it doesn’t seem as though the developers had a particularly contentious battle to get this done; there was a massive need, an appropriate project was proposed, and it was green lit. If only things were so smooth and streamlined in the city of Scottsdale!

While the massive TSMC expansion is a bit of an unusual one, it’s not as though jobs aren’t coming to Scottsdale. Zenefits recently announced that they will be bringing 1,300 jobs to the city over the next few years, which seems like a reasonable enough catalyst to start building.

We hope that whoever is tasked with economic development in the city of Scottsdale is seeing this from a multi-pronged approach: new jobs means the need for more housing. However, at what point will prospective employers start looking to expand in Phoenix or elsewhere in the valley when they see consistent barriers to entry for new housing? It’s not implausible, and is something that absolutely needs to be considered when we talk about quality growth in the city of Scottsdale.