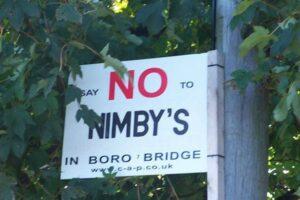 We have spoken frequently about the issues of high rent in the region, and the need for more housing options. The extreme bill that was introduced into the legislature that would have nullified city and town zoning capabilities died a swift death. That said, the legislature is still trying to resolve an issue that they shouldn’t need to address.

One amendment to SB 1634 requires cities or counties with over 100,000 people to choose from a list of strategies to incentivize affordable housing. They would be forced to choose at least four out of 20. While providing plenty of options gives them sufficient flexibility, will it be enough to solve the problem?

One striker to SB 1117 would increase the cap of tax exemption for low income housing from 200 units to 600 units. While this is positive, the problem isn’t necessarily just with low income folks, it’s that housing is now difficult for middle income folks as well.

SB 1531 would shift federal funds from the American Rescue Plan Act to a trust fund designed to fund affordable housing. Federal funding has enough power to make a difference ($100 million in this case), so this is a solution that shouldn’t be looked past.

Lastly, SB1581 would shift $50 million in funding to help develop “sanctioned camping sites” for the homeless. Perhaps not a bad idea, but doesn’t help the vast majority of people whose paychecks are getting eaten up more and more by housing costs.

It’s noble that the legislature is trying to fix the problem. That said, there is an easier solution: for city councils around the state to stop listening to NIMBYs and to approve housing developments more liberally. The easiest, most common sense solution. Unfortunately, common sense is not always common amongst politicians, but we can still hope.