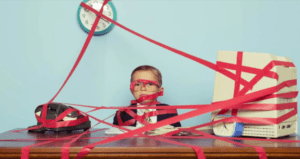 My ohhh my, what a change only a handful of years can make. It wasn’t too long ago that a Jim Lane-led Scottsdale embraced development and growth. It would seem that the pendulum has swung and swung hard in the other direction.

In a 6-1 vote, the Scottsdale city council recently voted to adopt a series of international green building codes related to energy conservation and the reduction of greenhouse gas emissions. These codes include better insulation for buildings as well as connectivity for electric vehicles. Councilwoman Tammy Caputi was the one dissenting vote, citing the increased costs and red tape of mandates.

And just like that, Scottsdale becomes the location of a new battle between best practices and government mandates. While probably all of us could agree that better insulation which leads to lower energy usage is a positive thing, and connectivity for electric vehicles isn’t necessarily a bad thing, should these things be mandated? This is what we would expect out of the Tempe city council, with an electorate that is unequivocally in favor of those items and is more comfortable with government mandates.

However, with this we also get some clues as to what will define the 2024 election, and more precisely the election for Scottsdale Mayor.

Tammy Caputi, widely known to be interested in running for Mayor, managed to be the sole vote against yet did so in a way that was exceptionally reasonable. Mayor David Ortega objected directly to her comments (a frequently common event over the last two years) with a telling statement of “It is our job to look at public benefit”. The battle lines are being drawn even more strongly between a pro-business Caputi vs a pro-government Ortega. Additionally, outgoing Councilwoman Linda Milhaven is also expected to run; she has stridently been pro-business in the past, which may lead to some interesting jockeying for position with Caputi.

That said, the pro-mandate crowd seemed to have some powerful supporters, including the Scottsdale Area Association of Realtors. We would generally assume that such an interest group would be less in favor of such mandates, perhaps indicating more of a momentum swing than would be assumed at first glance, and also perhaps implying that Caputi is on a smaller island that we would have assumed a few years ago.

I have been surprised by the NIMBYist anti-growth shift in the winds in Scottsdale recently. Perhaps that is more indicative of a larger pro-government shift. If so, moves like this represent a fundamental change in Scottsdale; if not, we tend to believe that the voters will let us know in 2024.