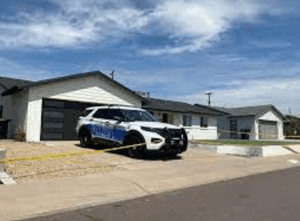 We are not afraid to confront the short-term rental (STR) crisis here in Arizona. After the industry lobbied the state government heavily, the legislature essentially took away any local control and left municipalities toothless in their ability to fight back, After extensive public outcry, a partial reversal of those laws passed this past legislative session, which then prompted both Scottsdale and Paradise Valley to capitalize off of the opportunity and fight back.

We have typically positioned this subject as a major nuisance to neighborhoods and families as opposed to a legitimate safety risk. However, a recent tragedy seems to imply that we might be keeping the scope of our criticisms too narrow.

Recently, a woman staying at an Airbnb in south Scottsdale was shot after an altercation with two men whom she invited back from a local bar. After bringing two men back, one of them dunked her head in the pool, leading to a dispute regarding the amount of money she spent on her hair and demanding reimbursement. After initially doing so, the man came back in anger, demanded money back, and shot her when she refused.

This unfortunate incident brings us to another problem with STRs; that in Scottsdale they are almost exclusively used in conjunction with serious imbibing in alcohol. People use them as a base of operations to party in places like Old Town and come back to continue the party, sometimes bringing more unsavory elements and bad actors. And sometimes tragedy strikes as a result.

Since they are also inextricably linked to our tourism sector, with one feeding into the other, it makes for a difficult situation. While completely outlawing STRs would almost certainly have a strongly negative impact on tourism in Scottsdale, this story perfectly illustrates the consequences of a completely unregulated industry.

It may take a while for Arizona and its cities to find the right balance between an STR wild west and entirely destroying the STR industry, but this story is one amongst many illustrating that we have a way to go before finding that right balance.