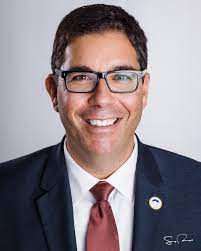 As any regular readers on this blog or any civically engaged people in the Scottsdale area know, short-term rentals have been a persistent problem across much of the Valley. Due to very short-sighted legislation seemingly designed to benefit AirBnb and VRBO, the hands of local leaders were tied when it came to dealing with this issue. Indeed, the same politicians who have often touted the importance of local control took it away from local leaders.

However, the outcry was consistent and loud, and the legislature took notice. This session’s Senate Bill 1138 sought to address that and allow for more robust regulations at the municipal level. Our municipal leaders have naturally noticed and have started implementing their own controls to keep the excesses of STRs at bay.

Paradise Valley had already attempted to take a strong stance against STRs before Senate Bill 1138, and attempted to crush the STR industry within the town. They levied such onerous regulations and restrictions that in theory would have made it so difficult to be profitable in town that ostensibly, nearly no one would try. Attorney General Brnovich struck down just about all of those regulations, thus rendering the law essentially toothless.

Now Mayor Jerry Bien-Willner has come back with a recent op-ed, seemingly energized by SB1138 and the options that are newly open to STR regulation. They will now have the ability to license STRs in their municipality, to revoke those licenses as deemed necessary, and levy fines for non-compliance. While not perfect and not anywhere near as onerous as the original PV restrictions, Mayor Bien-Willner agrees that it’s a good start.

While Scottsdale similarly attempted to fight the STR industry pre-SB1153, there does not seem to be renewed guidance or statements from city leadership about what they will do now. However, with an STR conference coming to Scottsdale in just about a week, some perhaps seem to still think it a ripe market. If it was January or February we could presume that they are having a conference here purely for the good weather, but September makes that harder to believe.

It’s unfortunate that it even had to come to this. Had a few lawmakers not decided to do the bidding of the lobbyists of a particular industry, local leaders could have done what they needed to to protect their municipalities, but better late than never. And a special shout-out is due to not just the local leaders who understood the problem and dared speak truth to a higher power, but also the numerous local activists who made their opinions known loudly and forcefully. Only with strong local pushes could this error have been reversed.