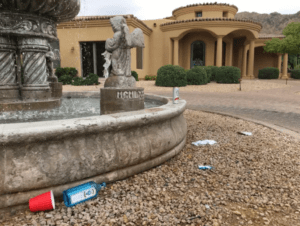 It has been an eventful time recently in the local fight against short-term rentals (STRs), with Paradise Valley cracking down on them, followed by calls for investigation and our Attorney General ruling on the case, there has been plenty of motion. Perhaps in response to the AG decision, Scottsdale’s leadership recently decided to move forward with their own activities meant to reign in their excesses.

In what should be seen as a bold yet wise move, the Scottsdale Police Department recently announced that they will be rolling out a short-term rental unit later this year consisting of four officers and one sergeant.This is thanks to the efforts of Councilmembers Betty Janik and Linda Milhaven after what must have been extensive public input asking for help to fix this burgeoning issue. In 2021 the city set up a working group to discuss potential regulations designed to curb problems related to STR, with various rules designed to eliminate loopholes and facilitate enforcement of existing rules. As with any increased enforcement, additional resources are necessary, thus the additional officers.

This follows on the heels of more extensive efforts from the town of Paradise Valley to reign in this issue with more stringent regulations as we spoke about here. Their proposal was considered draconian by some (even though it was likely in the spirit of the desires of the citizenry), and unfortunately AG Brnovich largely agreed; while the PV Town Attorney responded in force to the conflict challenge from STR-owner Sen. Warren Peterson, Brnovich considered much of the law uncompliant.

As it stands, in order to combat this issue we are left to the basics: enforcement of current laws. While we would love to see more ingenuity from our state legislature, with conflicted folks like Sen. Peterson involved in the process and the right generally unwilling to work with the left and vice versa, it doesn’t feel like anything will move forward at the Capitol.

With that in mind, we’re thankful that Scottsdale and Paradise Valley are doing what they can do fix these wrongs. We are big fans of local control, and they are again showing why it is so important; what good is government if it doesn’t listen to the citizenry it is purported to represent, after all?