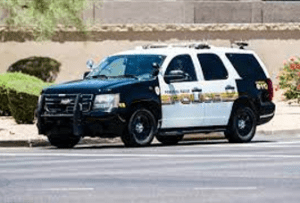 It has been a difficult climate for law enforcement for the last few years. Since the George Floyd murder and resulting protests across the country and world, there has been a general ethos of categorizing all law enforcement in the same bucket of excess and impropriety from a large portion of the political left. As we know, there are certainly bad eggs in the basket, but the strong majority of law enforcement officers just want to do a decent job and protect their community.

This is why we were happy to see that Paradise Valley made the choice to properly pay their law enforcement officers. This was after studies were done in neighboring cities to gauge what comparable rates were at and adjust accordingly.

While the struggles of PV police officers in our relatively sleepy town aren’t quite as robust and threatening as those in, say, the Maryvale area of Phoenix, they are still dedicating their careers to our safety. And this also segues into another topic that we’ve spoken about at length: ability to live in the neighborhood that they serve.

We have written about the rent crisis in Arizona (and specifically Scottsdale) extensively, and good-faith efforts to try to resolve this and make living affordable for the people who work in and serve those communities have been rebuffed by at least one city council. And that just addresses rent, and doesn’t even touch the skyrocketing cost of owning a home in Scottsdale, as well as nearly everywhere in the Valley. Meanwhile, Paradise Valley is clearly at the hyper-premium side of home prices, let alone rentals (if there are any homes to rent in PV).

Will those incomes make living in PV affordable? Probably not. However, it does make living in neighboring Scottsdale or Arcadia possible, which is a very nice second-best option. And moreover, their pay is reflective of the importance of their work.

As cities like San Francisco, Seattle and Portland are showing the detrimental effects of the left’s fixation on the demonization of police, with cities mired in crime and political pendulums turning back towards the center, it is great to see a town that views law enforcement as a partner and not an enemy. This is yet another indicator of why Paradise Valley is such an incredible place to live and raise a family.