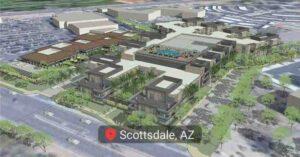 We had high hopes for Ironwood 92: a well thought out development that would have provided affordable housing for healthcare workers and helped drive down rent prices by increasing supply. We had high hopes, but they were dashed by the Council of No.

Last week, the developers of Ironwood 92 asked for a simple continuance to help ensure that their ducks were in a row and that they further incorporated the desires of various stakeholders. The more controversial Greenbelt 88 plan was given two continuances, so there were no good reasons as to why Ironwood 92 wouldn’t be granted the same. But they weren’t; their ask for a continuance was voted down 5-2 by Scottsdale City Council, causing them to withdraw their application.

The vote was not to approve or reject the project itself, but simply to ask for more time. More time to resolve any issues, more time to incorporate improvements, and more time to make it an even better project. There was no harm to be had in more time.

It’s as if the City Council has been completely unaware of the upward spiral of housing costs in this state. We not only have been at the top of housing price increases across the country, but are also in the top 5 nationally for rent increases. The tone-deafness to the most prevailing issue to many Arizonans is dumbfounding.

Indeed, it’s as if they are also unaware of the rejection of NIMBYism that has been going on throughout the country. They continue to placate the waves of people with nothing better to do with their time than to protest projects that won’t affect them in the slightest. With housing becoming an issue nationally, other city councils are realizing the harm in listening to these loudest of voices, but not ours.

We had hope that the Scottsdale City Council would understand the bigger picture. We figured that they would do what was right for its citizens. And we were wrong. We have to wonder what catalyst it will take for them to listen to the needs of the people. We hope that they get the bigger picture before many more people undergo significant hardship as a result.