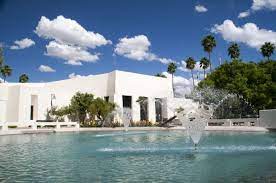 Money is traditionally a significant determinant of a political campaign’s success, but as we are prone to saying, that alone doesn’t make or break an election; all the money in the world won’t matter if you don’t use it well, or your message doesn’t resonate. This lesson was as pronounced as it could possibly be in last week’s Scottsdale City Council election results.

Indeed, it appears as though two candidates will not go through to the run-off election in November, and last place belonged to the number one fundraiser of the group: Dan Ishac. His prolific and quick fundraising apparently didn’t amount to much however, primarily because he doesn’t appear to have spent much of it. At last check, he had about $50K in his campaign account, presumably to have plenty of “dry powder” for the general election. Instead, it looks like he’ll be giving plenty of refunds. The lesson? Never assume anything, especially when you’re a political newcomer.

Also, the top two vote getters are the two incumbents who ran for re-election, Kathy Littlefield and Solange Whitehead, and they are also the two who will avoid the run-off and have already won re-election. Littlefield raised very little money, but has a strong, devoted fan base. Whitehead had a relatively strong campaign, but the big lesson? Incumbency matters.

Additionally, the voters seemed to make a fairly clear choice between NIMBYism and YIMBYism. Littlefield and Graham are likely the two candidates who are most resistant to new development (and they finished 1st and 3rd), whereas Tim Stratton, Raoul Zubia and Dan Ishac seemed to be the three candidates who were most open to building more, yet they finished in the bottom three spots and will not move on to the run-off. The lesson? NIMBYism won the day.

How does this set up for the general election? Well it is down to one position, and Barry Graham is currently in the pole position for that seat, with Pamela Carter set to face off with him in November. This will be Republican vs Republican, with a former local party leader facing off against a Trump Republican. Barry Graham has deep experience that is relevant, yet as we all know, that doesn’t necessarily matter. Who will spend their money better and whose message will resonate more, those are the questions.