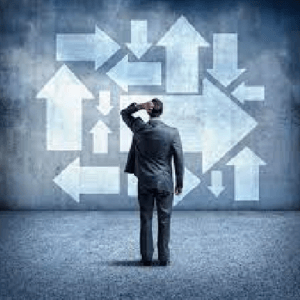 The political election cycle is a standard and predictable one: first there are primaries, then there are generals. Then there is either celebration or disappointment, followed by co-opting of credit or the pointing of fingers. And then…re-organization. Where the parties signal their level of satisfaction or anger with the direction of their party and choose their leadership accordingly.

Starting with the GOP, partially because it is BY FAR the spicier of the two, the county GOP is neck deep in election conspiracies. They had arguments about whether to have their internal votes counted by machine or by hand (a mirroring of the argument that they attempted to wage at a statewide level), which is rather ironic seeing as how their credentials hand count didn’t match the machine count of votes…and it appears that the machine count was correct.

They also had proposals to support recalls of Republican Board of Supervisors members as well as County Recorder Stephen Richer. It is not rare to have party faithful unhappy with elected officials on their own side (AZ Democrats’ unhappiness with Kyrsten Sinema is one good example), but to consider recalling them because of the belief that they are all in on a conspiracy to elect candidates from the other party is an impressive divorce from reality.

When it came to the candidates, there were two slates: one supported by Kelli Ward and Andy Biggs and one supported by Kari Lake and Mark Finchem. In essence, choices were between different flavors of hard right wing. Lake and Finchem’s choices for Chair and 1st Vice Chair, Craig Berland and Shelby Busch respectively, ended up claiming victory.

Switching to the Democratic side, there were not anywhere near the amount of fireworks involved.The Chair and 1st Vice Chair, Nancy Schriber and Patti O’Neal were re-elected; with big wins at the state level no one was pulling out their metaphorical pitchforks. With the very sizable underperformance of the county’s marquee candidate Julie Gunnigle in the race for County Attorney however, one person seemed to feel a bit of pressure.

We have noted before that the county party Executive Director Ne’Lexia Galloway is in a romantic relationship with Gunnigle’s former Campaign Manager/Battle Rapper/Disgraced Former Legislator/Tweeting Tire Fire Bruce Franks Jr. (get up to date on this saga here and here). It certainly seems like that historic underperformance weighed heavy on Galloway, who is said to have both recruited candidates and whipped HARD for votes amongst PCs. Her efforts seem to have contributed to a new 2nd Vice Chair and Secretary, under the likely premise that the more friends on the board, the better the job security. Will having two additional lower-level board members be enough to account for those conflicts of interest and underperformance however?

So going into an election year where all county seats will be up for grabs, what do these elections tell us about the future? While the county voted in a rather moderate fashion one the whole in ‘22, the County Republican Party would be considered hard right wing relatively speaking, and fears would be that it would continue on with the Trump/Lake failures in the state going forward. Meanwhile, while the County Democratic Party hasn’t taken as much of a hard left turn, it does seem steeped in some internal politics and turf wars that may make rational decision-making ever more difficult.

So yet again, it seems as though politics is picking between the lesser of two evils.