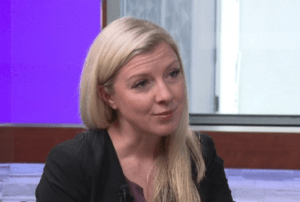 All things told, this election was extremely positive for Democrats in Maricopa County. Despite her campaign’s best efforts to lose, Katie Hobbs kept Trump-wannabe Kari Lake out of the Governor’s seat, and Adrian Fontes kept unhinged conspiracy theorist and otherwise unhireable former Kalamazoo cop Mark Finchem away from our elections. And even though State Superintendent Kathy Hoffman lost her re-election campaign, she prevailed by two points over Tom Horne in Maricopa County.

But despite the outperformance by Dems within the county, there was one major, glaring failure: Julie Gunnigle. While nearly all Dems won Maricopa Co., Gunnigle lost by 6 points to Rachel Mitchell in their race to be Maricopa County Attorney. She underperformed Kris Mayes, her statewide counterpart, by 8 points in the county.

So what gives? Why was Julie Gunnigle this year’s David Garcia, i.e. a tire fire failure of a campaign?

None of this should have been a surprise. Besides, as this blog has spoken about before, Gunnigle’s campaign manager was Bruce Franks Jr., a battle rapper turned state rep who was pressured into resigning from the Missouri state legislature after duping his campaign donors and using their donations for all sorts of personal wants including a trip to the casino. To think that someone with such a sketchy background who had lived in Arizona for barely a year and had no background in campaign management would be the right person to lead such a difficult and nuanced campaign was simply ridiculous and emblematic of the dumpster fire that was to come.

Perhaps the more overarching problem which coalesces other concerns is that this campaign was stuck in 2020. The murder of George Floyd galvanized much of a nation as to the need for police reform, or defunding as per the more leftist elements (which Gunnigle regrettably dabbled in). We all remember the protests and the passion, and the message was heard; such egregious actions from law enforcement seem to be mostly a thing of the past (for now).

But for the areas where protests went on, that success eventually played second fiddle to and even helped manifest larger issues. Areas such as Seattle, San Francisco and Portland had “mostly peaceful” protests that consistently turned violent, or at least strongly anarchistic. The human void left by boarded up businesses and dying population centers caused by said anarchy has been partially filled with homeless living in tents and fentanyl abuse. The positive and constructive turned into negative and destructive in a way that has persisted.

The Gunnigle campaign never picked up on this though. They were stuck in the America of 2020, oblivious to the fact that the page had turned and that her form of “restorative justice” and “criminal justice reform” was starting to grow old even in the bluest parts of America, when addiction and its affiliated crime is showing to be a much larger threat to minorities than law enforcement. That messaging had turned radioactive.

However, this seems to play into a larger issue with Democrats in Maricopa County; to be frank, racial politics. In the wake of the Black Lives Matter movement, Democrats everywhere have gotten significant pressure from black activists to hire their own in executive positions lest they be considered “anti-black”. Certainly this played a gigantic role in Gunnigle’s decision to hire someone with social media savvy but little experience and even less ethical turpitude, and that same dynamic is playing out elsewhere in party politics.

Aside from the obvious concerns resulting from white guilt or fear of being called racist determining executive decisions, it is worth mentioning that the black community makes up about 6.5% of the population in the county, compared to the 32% share of Latinos in Maricopa County. Meanwhile, Republicans are having Latino outreach committees and events and are waking up from their Arpaio race-baiting slumber. They understand numbers, but Democrats are led by emotions. As Democrats continue to say that one race’s lives matter more than another, the Latino community will continue to leak over to the GOP side and threaten to make this election look like an anomaly for Democrats.

The numbers won this election, as they always do. Democrats would be best served by not being led by guilt or emotion and instead taking a hard look at their demographics and consider if they are truly listening to at least 51% of the voting population (and preferably much more).