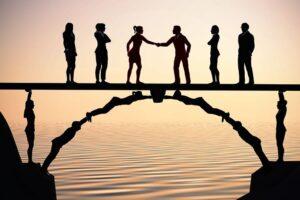 Coordinations between city governments can be rare and difficult to come by. Politics are fraught with fragile egos and the desire to go for wins instead of true collaboration. For our local communities, we should consider ourselves lucky that we have mature adults at the helm.

Recently Scottsdale and Paradise Valley came together to forge an agreement, dictating that Scottsdale will take on the obligation of shuttling PV crime suspects to MCSO jail in Phoenix. PV has allocated approximately $10,000 a year towards this endeavor, at the cost of $220 per prisoner.

PV has such a low number of criminal suspects (around one per week on average), but with a total transport and booking time of 3-5 hours, PV officers can often be taken away from their patrols and leaving the rest of the department understaffed. This agreement pays Scottsdale and their larger police force to avoid the burden of being away from patrol, thus allowing them to keep PV streets safer.

This is slated for the consent agenda in January, a typically easy approval process, thus implying that the hard work has already been done, and the vote for it is likely simply a formality. Paradise Valley was recently ranked as the safest city or town in Arizona, and this agreement will further cement that.

This is yet another example of how fortunate we are to live where we do. Both Scottsdale and PV are led by adults who are more concerned with functional government than petty squabbles and one-upmanship. All of us benefit with collaborative government sharing resources to keep us safe, and our leaders deserve recognition when they do just that.