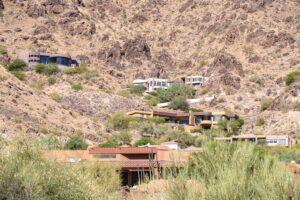 Short-Term Rentals (STRs) and the problems that they have introduced into neighborhoods have been a red-hot subject recently, and one that we’ve talked about frequently. We have also spoken about Paradise Valley’s attempts to reign them in after myriad complaints from citizens. Unfortunately, sometimes the best decisions have unfortunate potential consequences, and now we are learning more about those.

According to a study from AirDNA, a group that specializes in understanding the STR market, the town of Paradise Valley could stand to lose $1.6 million in state income tax payments as a result of an end to STRs. This is based on AirDNA’s data work, which shows advanced metrics such as average rental price, occupancy and total revenue.

This potential bill can be attributable to Sen. Warren Petersen, who filed a complaint with the Arizona Attorney General’s office using a “SB1487 complaint”, a separate stipulation that allows any legislator to ask the AG to review actions that the legislator deems to be in violation of state law.  If the AG agrees with the complaint, the law is appealed and the violating party loses 10% of the corresponding tax revenues it would have received, or $1.6 million in this case for Paradise Valley.

According to the town of Paradise Valley, their budgeted revenues for 2021 were $38.6 million. $1.6 million represents a non-insignificant chunk of their overall budget, just over 4%. Not a small hit at all. Additionally, Paradise Valley governance runs lean anyway, and there is not much fat to cut.

So now the ball is in Mark Brnovich’s court. As we all know, he is running for the US Senate, and STR issues are likely beneath the scope of his desired job. But he could simply decide to ignore Sen. Petersen’s challenge and not kow-tow to the STR industry. The financial impact is not insignificant, but Brnovich has the ability to both make it zero, and stand up for the homeowners of Paradise Valley and Scottsdale. We think that it would benefit his campaign to stand up for the voters and not the STR companies.