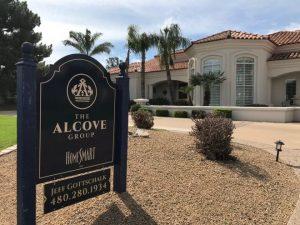 Short-term rentals (STRs) facilitated by Airbnb and Vrbo have been a hot-button topic in Scottsdale for a while, turning into a campaign issue during last year’s election. The relative inaction at the state level has forced the hands of municipalities to do what they can to restrict them. Paradise Valley has recently started to do the same.

Town Attorney Andrew Macguire recently announced his intent to roll out a number of restrictions aimed at curbing STRs in the town. Since outlawing them would quickly be deemed unconstitutional and outside their purview, the aim seems to be to regulate them out of existence in the town.

Regulations will include doing a background check of the occupants within 24 hours of rental to ensure that no registered sex offenders will be occupying the home. Code amendments will also call for the owner to be able to response in-person within one hour of a complaint. Since homes are often managed from afar, that will raise a heavy burden on potential renters.

Arizona has some of the most STR-friendly rules in the country, and those rules (or lack thereof) have caused significant local issues. Arizona passed SB 1350 in 2016, purposely making it more difficult for municipalities to regulate STRs. Since then, STR companies have grown significantly in size and frequency of us, leading to the current issue in PV. LD23 legislator John Kavanagh sponsored legislation to roll back SB 1350 and give more power to municipalities on this topic, and further legislation is likely to come next session, but the town of Paradise Valley isn’t willing to wait.

We are no fans of over-regulation and believe in the free markets. We also strongly believe in the importance of local control however, and sometimes the free markets go too far, and citizens are ignored as a result. Arizona went too far to placate STR companies back in 2016, and we applaud efforts to fight back against that. Until these rules can be unwound at the state level, we appreciate PV’s openness to listening to its citizenry, as well as its outside-the-box efforts to protect their community.