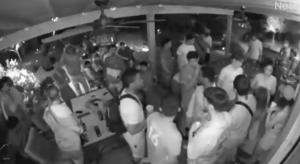 Photo Credit: 12 NewsRegular readers of APG know that the fight over short-term rentals has been front and center for both Scottsdale and Paradise Valley. For a while onerous and conflicted state law dictated that municipalities had essentially no local control over the issue until a massive localized public outcry became too loud to ignore. Now that municipalities have been offered some degree of control, both Scottsdale and PV aren’t wasting much time.

The first move was from Paradise Valley, as Mayor Jerry Bien-Willner moved to put a lid on the industry. Next it was Scottsdale’s move, and they recently unveiled their STR regulations proposal, but initial analysis implies that it won’t be enough to satisfy the citizenry.

Amongst the proposed regulations are the potential requirement of licensure with the city; that said, due to a $250 maximum fine set at the state level (i.e. about half of a day’s rental fees at a nice AirBnb rental), it’s tough to see how that will change behavior. Additionally, bad behavior cannot lead to a revocation or rejection of an application, merely a yearlong suspension.

With an estimated 6,000 short-term rentals in circulation within the city borders, the problem is as salient as ever. Additionally, this problem rears its ugly head in other ways; after all, that is 6,000 homes that will not be sold to potential residents nor be rented out, which as a result bleeds into the rental and housing unaffordability crisis pervasive in the city.

So will this have a material impact? Likely not much of one, so long as Scottsdale remains a major vacation destination and demand remains high. The STR management is so lucrative, especially in Scottsdale where it is not at all unusual to have homes going for thousands of dollars per night. A $250 fee is a drop in the proverbial bucket.

And so it goes; the local control that the state so generously granted to cities was closer to a mirage and the problem will not be resolved until the state truly cedes power on this issue. Until then, the citizenry will need to continue to speak out and stay involved.