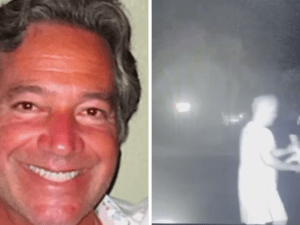 In the immortal words of Dr. Martin Luther King, “the arc of the moral universe is long but it bends towards justice”. It took 12 years worth of arc, but Paradise Valley finally found its justice in the form of a thorough electoral spanking.

After three terms as Town Councilman, Paul Dembow lost his bid for a fourth term, and lost it in devastating fashion. With all votes counted, Dembow came in 4th place out of 4 candidates, and it wasn’t even close. Dembow earned a total of only 1,493 votes, which was barely over half of the 3rd place finisher, political newcomer Christine Labelle, who gathered 2,817 votes.

Why such a stark repudiation? Well we have spoken at length about his temperament and ethics, which certainly played a major role. We cannot discount the strong campaigns run by the other three candidates as well. Additionally, Dembow’s hubris regarding campaigns certainly played a role; he seemed fond of virtue signaling about a lack of advertising and fundraising as if they were not a part of normal campaigns.

Voters also mentioned to us the anti-Dembow ads from a PAC that they saw across town, and while it is impossible to attribute votes to any one particular group, this allowed the candidates to stay in their own lane and focus on a more positive campaign. After all, it’s always a better look for a candidate to not personally attack another candidate. The sane folks of PV thank you, mystery PAC advertiser.

Also, Jerry Bien-Willner won re-election to Mayor in a fairly resounding way against Councilmember Julie Pace, but that win comes at a significant loss as his primary ally in Council is now gone. He may still be Mayor, but his opponent in the race remains in Council and now has an additional ally, which will be a solid consolation prize for a loss.

But the commentary about how the dynamics on Council have changed as a result can wait for another day. We would rather simply celebrate that our town just got a little bit better, our leadership significantly more mature, and our town in general a little bit more of a Paradise. Therefore, today we will simply appreciate that…thank you, Paradise Valley voters! You got this one right!