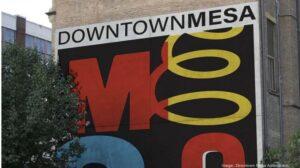 You probably know that we haven’t been shy about talking about how NIMBY politics have partly dominated Scottsdale city politics, and how it has a significant impact on the cost of living in these areas. But there is also the concept of opportunity costs; how making a decision and going down one direction has a cost, not just in the physical costs of executing that decision but in what was left behind. What that other branch in the decision tree (the opportunity) had to offer, and what was lost by not going down that path.

Every once in a while we get clarity on that, and it comes from Mesa. We recently received news of intriguing new developments in downtown Mesa, where a new arcade bar and distillery are set to open there next year. These are the sorts of destinations that people will actually drive to, not simply developments for convenience; demand pull, as economists would say. It would seem that the Mesa city council sees the value in revitalization…of growth…of saying YES. And we applaud the hell out of them for that.

We know that most of our readers aren’t from Mesa, though, so to make sure that we don’t lose you, there is a strong Scottsdale twist to this story. As luck would have it, the creators of his fantastic concept are actually based in Scottsdale. And why haven’t they brought such great ideas to Scottsdale? Well about that…

The firm that made this happen was the firm behind Ironwood 92, the brilliant mixed-use development that would have helped to not only increase housing supply (and likely bring down costs) in the area but do so with amenities that would have brought style, that would have been net contributors to the area and society around it. THEY TRIED…and the Council of No in Scottsdale, the epitome of allowing perfect to be the enemy of good, has made their life rather difficult.

There is still hope; the continuance that the Ironwood 92 folks were granted has led to a rebrand and has allowed them to address some perceived issues. But the point is that it didn’t need to be this difficult. Some cities understand demand pull, they understand economic development…and some listen to activists with digital bullhorns.

If Scottsdale doesn’t get its act together and start being collaborative with instead of antagonistic against quality developers, expect this to continue. Scottsdale may have a tourist panache that won’t go away immediately, but when it comes to Valley residents spending money, they now have strong local options other than Scottsdale. As other cities get their act together, they pose a strong threat to take entertainment dollars, and as such tax revenue, away from Scottsdale.