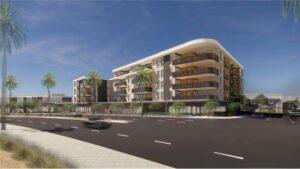 While there is a degree of peril involved when you attempt to read between the lines, sometimes it is worth examining anyway. And a very subtle story that didn’t seem to make any waves at all is worth examining through that prism.

A mixed-use development proposed for Old Town called The Goldwater was under review with the city of Scottsdale’s Development Review Board (DRB). It received a resounding 6-1 vote in favor of recommendation, meaning that it likely fit all (or nearly all) reasonable criteria for a quality project. However, Mayor David Ortega was apparently displeased; he was planning on asking Council to consider a review to overturn the DRB’s findings. However, he later shelved that request.

It is worth noting that a strong ally of Mayor Ortega, Barney Gonzalez, is on the DRB, and there is a very good chance that he was the only vote against the project’s recommendation.

Ortega’s concerns aren’t necessarily meritless; he cited a relative lack of covered walkways and shading requirements as a point of contention, and we can likely all agree that those are helpful features in Arizona. That said, according to Ortega, after the developer made some “minor modifications”, he was satisfied and withdrew that request.

Perhaps reasonable modifications were made. That said, it also has the feel of there having been a lack of support for challenging this project. That only his staunchest allies are now willing to nit-pick projects, and that others on Council are growing tired of such nit-picking. That the island of ultra-high standards is growing lonelier and lonelier with every passing vote.

We appreciate his dedication to high building standards, we truly do. But in a time of sky-high costs of living, we’re not convinced that that needs to be the tone and tenor that our city is led with. Perhaps the Mayor will read the tea leaves and realize that he needs to come more towards the middle. If not, then being alone on a small island will make his 2024 re-election campaign significantly more difficult.