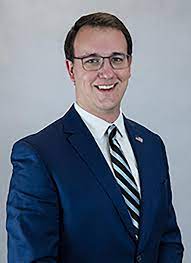 Well we had about one week of kumbaya-esque good feelings about the Scottsdale Unified School District; as regular readers will note, just last week we wrote about Scott Menzel’s contract extension and how much he deserves it, having navigated SUSD through a significant amount of turmoil. Well grab your popcorn folks, because Menzel is going to earn that extension.

This week we learned of a lawsuit being filed against SUSD and both Mark and Jann-Michael Greenburg for the alleged stalking and harassment that Mark Greenburg conducted against purported political enemies, including a full dossier with information completely unrelated to his son’s work at SUSD Board Chair. The resulting uproar forced Jann-Michael to relinquish his Chairmanship of SUSD, although he fell short of actually resigning from his seat.

The lawsuit was brought by activist parent Amanda Wray along with two other parents, with conservative activist Charlie Kirk playing a part in the press conference, ensuring that it turns into an event with a strong political tilt which takes away from the veracity of the claims for anyone who is not of that political tilt. Mark Greenburg of course countered with a counter-suit, which is (allegedly) his modus operandi if someone as much as breathes on him with an improper scent.

We know that Greenburg will (allegedly) sue anyone for nearly any reason if he perceives them as an enemy for any reason, but what does the suit from Wray and Company allege? That Greenburg incorrectly publicly blasted her for a personal bankruptcy, which was for a different person altogether, and that that would have a negative impact on her career as a financial advisor. A fair claim in our non-legal opinion.

In addition to that are First Amendment claims about Jann-Michael Greenburg blocking his constituents from his Facebook page (a no-no if he was in the business of discussing school board policy from that page) along with retaliation charges, as well as emotional distress inflicted on the two other litigants. While obviously emotional distress is difficult to prove or quantify, it is clear that Greenburg leaned into conflict, and while Wray is no stranger to such conflict, the other two may have been less emotionally prepared for this, nor should they have been. All of this was so unnecessary.

There are no winners in this story. That said, as the old adage goes, the only way to deal with a bully is to punch them in the mouth; that is the only language that they understand. It seems as though nearly everyone who has dealt with Mark Greenburg and is not a Democratic candidate or activist would likely consider him a bully, so we applaud this punch in the mouth. While we won’t hold our breath, hopefully he will slink away into quiet solitude after a very negative result in the plaintiffs’ favor.