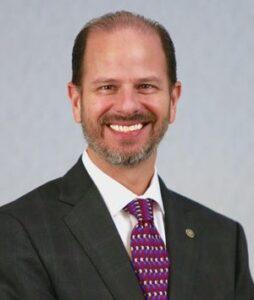 For it being one of the premier school districts in the state and perhaps the country, the Scottsdale Unified School District has had a rough go of it recently, as we have noted. It has become a hot-button and magnet for far-right activists for reasons which make no logical sense, and has even had the Q-Anon Congressional candidate stop by to speak.

One would assume that activists would have realized that there are better places for them to spend their time, districts that have more pressing concerns. The last few years at SUSD hasn’t been without controversy; Denise Birdwell’s misgivings were worth uncovering, as were Jann-Michael Greenburg’s, but now that those have passed there is not much worth being angry about. Even the Arizona Republic noted it recently; the spirit of misguided activism has persisted.

And yet one person persists even more effectively: Superintendent Scott Menzel. Even though his job is far more difficult than it needs to be as a result of that misguided activism, he has continued to do a fantastic job. And we believe that that is worth noting.

This is why we are overjoyed that the district sees what we do, and extended his contract for an additional three years. This was voted on unanimously in the affirmative after a few clarifying questions, affirming what we had hoped: that district leadership understands how important his steady leadership has been to local schools.

It was disheartening to read the comments from local activists using various silly rationales to voice their objections, but this has unfortunately been common in our district. It seems to have started as a legitimate gripe in many areas; administrators were too busy listening to powerful teachers’ unions and not to parents, and politicians were also not listening to parent voters. It turned into an upset win for the Governor’s race in Virginia, which while it was a shakeup that many areas needed, it is not necessary here. We don’t have a powerful teacher’s union, and we don’t have progressive activist school boards.

Much like the NIMBY movement, there is a movement of school board activists who will huff and puff and blow hot air at anything that allows them to feel meaningful. They are entirely off-base here in Scottsdale. We applaud the great work that Menzel has been doing, and we hope that school board leadership rejects the misguided right-wing voices who are attempting to hijack our educational system much like misguided left-wing voices have done in progressive cities.