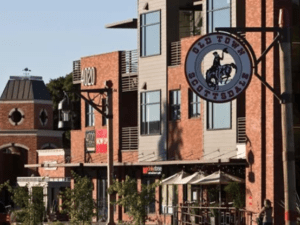 We do our best here at the Arizona Progress Gazette to keep our readership informed and engaged at the local level. After all, the local level is where your voice can be heard the most effectively and where you can actually impact some change. Besides, others are having their voices hard, why not you?

Well we let you know about the “Cafe Conversations” that the city of Scottsdale was holding to get input about our growth and the recent tourism plan. Did you go? We hope so, because some people did, and their voices got heard and yours didn’t if you weren’t in attendance.

Those forums took place recently in conjunction with the city’s tourism arm Experience Scottsdale, and one big takeaway is that the city is focused on walkability and increased foot traffic to its various stores and shops in Old Town..Under discussion was the idea of going back to Old Town’s roots a bit more, as well as better integration between those roots and the rest of the city.

Other topics that were discussed were rebounding from the pandemic, utilizing more outdoors spaces, and making Old Town not just for tourists but also for residents, all salient points. And while some of these sorts of events often amount to little more than a “dog and pony show”, designed more for the optics of having performed “neighborhood engagement” as opposed to actually listening, considering the number of high-level city staffers who attended, this did not seem to be the case here.

While things in Scottsdale are generally coming up roses, and as such these sorts of events won’t be too entirely contentious, that might not always be the case. We have spoken at length about our rent and water crises, and the well-deserved reigning in of short-term rentals will impact tourism. So these sorts of meetings may not always be so copacetic, and so the need for engaged citizens will only compound.

So the question is, do you want other people deciding how your city could look, act and feel? Or do you believe that your opinion matters and should be heard? And while we may be biased, we also know that our readership is intelligent and well-informed, and we are forced to believe that their voices should be heard as well. So we sincerely hope that when similar events happen to arise in the future, that you be present and speak up.