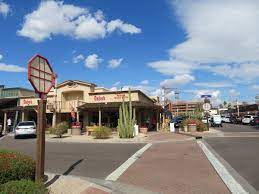 You almost certainly know how important of an economic driver tourism is to Scottsdale. It fills our coffers, puts Scottsdale on an international map, and provides myriad jobs in the hospitality industry. And like any well-run city, we have leadership that recognizes its importance and puts together regular plans to help guide best practices to cultivate it.

Recently, the city of Scottsdale announced their plans for an updated five year strategic plan with the city’s tourism partner Experience Scottsdale, in conjunction with Resonance Consulting. So what do you need to know?

First of all, the first draft has been finished and was presented to city parties on June 21st. That said, it is purely a draft, which brings us to perhaps the most important part: public conversation. The city will have numerous “Cafe Conversations”, where facilitators will elicit conversation and thoughts from Scottsdalians.

After that comes the public hearings from September to October, where the findings from public conversations are merged into the first draft for a more formalized presentation to be presented to the larger public. Hopefully it will go better than the various SUSD meetings with rowdy protestors disrupting for reasons of wildly varying merit.

As with anything related to public policy in this world, it is somewhat incumbent on the citizen to make their voices heard, and so we encourage you to do just that. There were six Cafe Conversations scheduled to discuss the plan, but only two additional ones are open with seats available, those on Sept. 8th and 9th.

We encourage all interested parties to sign up for one of the last two sessions via this site and to keep an eye out for the public hearings. After all, it’s your city, and your right to complain if things don’t go your way is diminished if you never did what you reasonably could to make your voice heard. Our community’s success is dependent on public input, so make your voice heard.