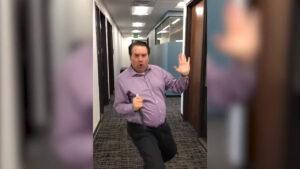 When elected officials seek re-election, or worse yet election to a more prominent position, it will cause them to do all sorts of wild things to get the attention of voters. Sometimes, they are truly detrimental, sometimes they are warranted…but we wonder aloud if this particular instance is both.

Arizona Attorney General Mark Brnovich recently filed a lawsuit against the Scottsdale Unified School District with the charge that they limited public comment regarding their previous policies regarding mask mandates. The suit was directed towards former Board President Jann-Michael Greenburg, who was in charge at the time.

This leaves us in a precarious spot: we love SUSD, but Jann-Michael Greenburg? Well…that’s a slightly different story.

It is clear that irrational passions were inflamed during this time period, and that SUSD became a nexus point for those passions to come together in ways that were sometimes inappropriate. But did Greenburg handle it up to the standards we would expect of a world-class school district’s leadership? Hardly. And then the “Greenburg dossier” became public domain, and all hell broke loose.

This does bring up some interesting conflicts between the need for transparency and the need to work through problems privately. SUSD meetings were often hijacked by out-of-towners (including one of the purported voices of Q from QAnon infamy, Ron Watkins). It became a circus, and circuses are not necessarily known for being good venues for getting good work done, so we want to have some degree of leniency considering the difficult situation.

But the more interesting question is…why now? This is some very interesting timing from Brnovich, which any politically-aware person in Arizona knows is currently running for the US Senate. Depending on which poll you look at, he is currently around a statistical tie or losing his primary race, so the need to get some attention is paramount. And taking on the Greenburg’s, well-deserved boogeymen in Scottsdale politics, seems like a wise target.

That said, SUSD has been managed extremely well, even if there were concerns with the then-President which were dealt with. It’s unfortunate that Scottsdale taxpayers will need to foot the bill to defend this, especially now that Greenburg is no longer President. If only Brnovich could go after the Greenburgs instead of the taxpayers, but…that’s not how it works. And…it’s an election year.