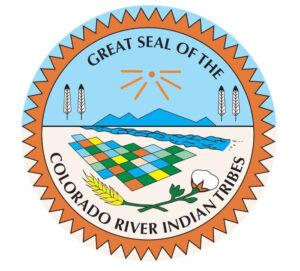 A U.S. House version of S. 3308, a bill that would authorize the Colorado River Indian Tribes to lease a portion of its federal Colorado River water allocation, has been approved in a vote on the House floor. Arizona District 3 Congressman Raul Grijalva introduced the House legislation as part of a larger drought relief bill. It awaits passage in the Senate. It would then go to President Biden for his signature.

Last year, Senator Mark Kelly introduced S.3308 a bill co-sponsored by Senator Kyrsten Sinema that would give CRIT the authority to lease a portion of its Arizona allocation for off-reservation use within Arizona.

Since the legislation was introduced and following feedback from a March 2021 Senate Indian Affairs Hearing, CRIT has agreed to several changes that are reflected in the House bill. The House legislation explicitly authorizes CRIT water conservation and clarifies that the tribe can receive fair market value for its water if it is used for conservation.”

CRIT Chairwoman Amelia Flores said, “We thank Congressman Grijalva for moving this much needed legislation forward. As Chairman of the Natural Resources committee, he shares our respect for the Colorado River and our commitment to save the life of the river. He also understands that Arizona needs drought relief now.”

CRIT water leases will not increase overall water usage on the Colorado River because under the terms of the legislation CRIT is only able to provide this water that they have conserved, likely by fallowing farmland. The revenues from conservation agreements, leasing, and storage will allow CRIT to invest in more efficient agriculture techniques and improve its aging water delivery system. The revenues will also help provide much needed governmental services to the tribal members

The legislation and implementing agreements ensure that CRIT will maintain enough water for use on the Reservation to address the needs of its community and farmers while still continuing to provide water to help maintain water levels in Lake Mead. CRIT has a decreed water right to divert 719,248 acre-feet per year to serve lands in both Arizona and California which is among the most senior rights in the basin.

Tribal water leasing is a common practice. Congress has authorized 24 tribes to lease water to third parties off the reservation, including 17 in the Colorado River Basin. CRIT is merely seeking similar rights benefiting other tribes.

The legislation was written in collaboration with the Arizona Department of Water Resources, the United States, and the Colorado River Indian Tribes. It is supported by water users including the Central Arizona Water Conservation District, SRP, the City of Phoenix, the Arizona Municipal Water Users Association, environmental groups (including the Environmental Defense Fund, the Audubon Society, and American Rivers), and it is consistent with principles adopted by the National Congress of American Indians.

About the Colorado River Indian Tribes:

The Colorado River Indian Tribes include four distinct Tribes – the Mohave, Chemehuevi, Hopi, and Navajo. There are currently about 4,572 Tribal members. The CRIT Reservation was created in 1865 by the Federal Government for “Indians of the Colorado River and its tributaries,” originally for the Mohave and Chemehuevi, who had inhabited the area for centuries. People of the Hopi and Navajo Tribes were relocated to the reservation in later years. The reservation stretches along the Colorado River on both the Arizona and California side. It includes approximately 300,000 acres of land, with the river serving as the focal point and lifeblood of the area.