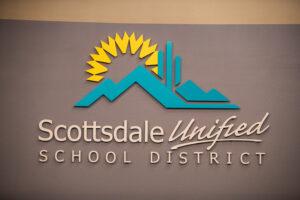 As is the case every election, the bright and shiny objects of federal- or state-level races or other big ticket campaigns draw the mass media’s attention, but there are still always a number of very down ballot races that are critically important but often fly under the radar. In this case, the two open seats for the Scottsdale Unified School District governing board play that part.

The school district has been in the headlines for sometimes legitimate reasons ranging from lawsuits to stalking to overbearing fathers to crowds of people bum-rushing board meetings to protest everything from masks to CRT.  You can check out this link to review the litany of crises, both legitimate and manufactured. Considering these, having strong and sane leadership is clearly of importance.

So who will be on the ballot? You will have five options for the two seats: Amy Carney, Mary Gaudio, Andrea Keck, Robb Vaules and Carine Werner. So how are things playing out for these candidates?

First, we should consider their political alignments: even if it is non-partisan, each local party has their favorites. Both Gaudio and Vaules are aligned with the Democratic party as long-time volunteers who are well known within the scene. Sometimes too well known, as Vaules has become a target after an anonymous Twitter handle under his presumptive ownership was uncovered, leading to its own parody account.

Carney and Werner would be more strongly aligned with the political right, and both gained significant prominence during the Jann-Michael Greenburg fiasco, including TV appearances and social media prominence. Indeed, that seemed to be the incubator for their candidacies and they appear to have consolidated support on the right. Keck seems to be the one political wild card, as she doesn’t seem to demonstrate a significant traditional political leaning, but seems to have gotten the most attention with a dust-up with Tammy Caputi and her team during and after her time volunteering for Betty Janik.

As for issues, “Parent’s Rights” appears to be the cause de celebre on the political right as a result of stories about CRT being taught and LGBTQ affirmation happening outside of parental oversight in hard-left districts. As per normal, better outcomes for students are a common theme, and teacher support a frequent theme for the Democrats.

While it is difficult to project such far down ballot races, one has to assume that in a Republican-dominated city and with the biggest story of the district being the Jann-Michael and Mark Greenburg scandal, the advantage will go to Carney and Werner this election. But Scottsdale is full of political surprises, and this may become yet another one.