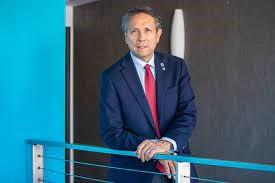 Any political observer is well accustomed to State of the Union addresses from presidents, and many observers are also aware of State of the State addresses from governors. But we also recently had a State of the City address from Scottsdale Mayor David Ortega, and since it is the first such address since the most recent city council elections, this one is of note. So how notable was it?

You can find the entire transcript here, and like most such addresses, it is full of self-accolades and accomplishment-touting. From the business climate to our bond rating, to the Super Bowl to the (admittedly surprising) degree of dog-friendliness in the city, it has all the hallmarks of appreciation of accomplishments.

From there Mayor Ortega went into the Civic Center upgrades which are about completed and should help turn the area into a significant cultural draw. He then makes a point of mentioning the state land trust near the 101 as a potential hub for business, one which could very possibly be a very significant development for the city if done correctly.

He did speak about water at length; specifically the city’s efforts to curb water usage, while admitting that they fell short of their goals. Very notable however is that he didn’t bring up the Rio Verde Foothills crisis. That’s likely because it has become a political pain in the you-know-what with the city’s intransigence raising the surprise & ire of many.

He spoke to the Old Town Character Plan, and as a small dig at his predecessors mentioned that it was hastily changed in 2018. In what would be considered very much “on brand”, he reiterated that even five story buildings are problematic, and shaded walkways should be mandatory. While shade is certainly important in the desert, a five story line-in-the-sand seems somewhat draconian. Short term rentals were mentioned, as was the unanimous desire to keep them in check. In a slightly contentious council dais, that does seem to be a commonality that everyone can rally around.

He finished his address (after offering a video with statements from other members of council) with the real forward-looking directives. One sentence condenses a lot, “Reckless short-term rentals and unlimited dense apartments are so wrong for Scottsdale.” He also comes back to water with a wink-nudge reference to Rio Verde by saying “we don’t take kindly to anyone trying to muscle into our water works”. Mayor Ortega shows his cards when he says “As to county areas outside of the Scottsdale city limits – they have water—bulk sales are available in their vicinity”.

Lastly, he speaks to another future potential battleground: our parks. He mentioned the Protect and Preserve Task Force, the group that “will identify and quantify unfunded needs for protecting, preserving, and maintaining all public open spaces—including 44 city parks, the Indian Bend Wash, and certainly, the McDowell Sonoran Preserve. We must ensure that all community investments are sustainable.”

So in summary, this State of the City was much like many other “State” addresses: braggadocious. But it also highlighted his intentions for the near future: that low-height development and battling STRs will be front and center, that the Rio Verde Foothills will have to figure out water policy on their own, and that supporting parks will be front and center. Something for everyone to agree with and disagree with. In other words, on brand for Mayor David Ortega, who is setting a big, clear stage for his re-election effort in 2024.