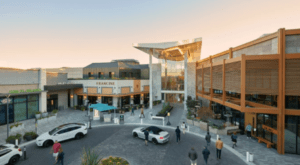 It was a new story but precious few are aware of the import. The upscale Hermes brand will be opening a new store at Scottsdale Fashion Square.

Well, Scottsdale Fashion Square has been engaged in a silent war for years to prevent momentum for the long-planned but long languishing Palmeraie shopping complex envisioned next to the Ritz-Carlton in Paradise Valley.

Since the onset of ambitions The Palmeraie has touted Hermes among the tenants that would be a part of its high-end heaven.

That’s no longer the case.  Is it an isolated sign of impatience and frustration by a signature retailer or a bigger domino that has fallen?

For a project, inclusive of its hotel, that will miss yet another milestone with the Super Bowl arriving in the Valley next February, they are surely hoping (while fearing?) it’s not the latter.