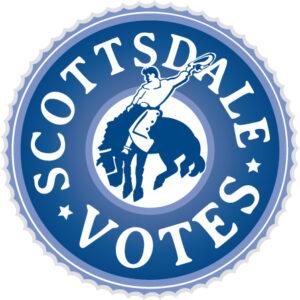 As you are likely aware, yesterday was Election Day, and aside from some big-ticket bellwether races across the country, Scottsdale cast its vote for or against the Scottsdale General Plan 2035, or Proposition 463. While votes are left to count, it appears to be on its way to victory.

Proposition 463 was a referendum on the Scottsdale General Plan 2035, the plan designed to guide growth and quality of life standards in the city. The city is required to update its plan every decade, but the last attempt to do so was turned down by the voters in 2011, and the city has been operating under the 2001 plan for 20 years.

This represents a big win for Mayor David Ortega, who was on the forefront of both crafting and promoting the plan, as well as Councilmembers Solange Whitehead and Betty Janik, who were also public in their support. On the losing side is Kathy Littlefield, who with her husband Bob expressed vocal opposition against it after voting to bring it to a vote.

Other than Councilmembers, support of the plan was mostly divided by traditional political lines. The local legislative Republicans were in strong opposition, with former Mayoral candidate Lisa Borowsky and Republican LD23 Representative Joseph Chaplik being especially vocal against it. Opposition groups also sent a questionable and misleading mailer, a move that may have backfired. On the other side, the local district Democrats volunteered to convince voters to vote Yes.

Councilmember Whitehead is facing what is likely to be a tough reelection battle in 2022, so having this on her resume of accomplishments can only help that bid. Additionally, while Mayor Ortega will have three years until his reelection bid, he can now state that he was able to accomplish something that popular former Mayor Jim Lane never could, something that he will undoubtedly tout.