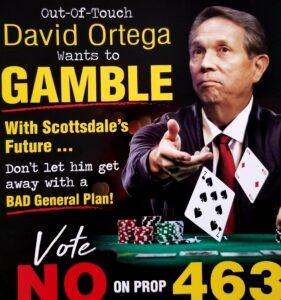 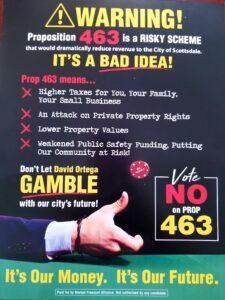 If you’ve been politically aware for any period of time, you have become well accustomed to political hit jobs. We all know that political attacks work (as much as we may dislike it), and that negative campaigning has an impact. That said, there is typically a limit as to what you can say, that it must have some degree of believability. If you tell voters that a certain candidate or proposition is going to make your children contract the bubonic plague and turn into murderous zombies, that ad will probably be counterproductive because a reasonable person won’t take it seriously.

There is a middle ground that is nefarious but sometimes effective though: where you prey on the voters’ ignorance and unlikelihood of doing adequate research on a subject. With that, you can fill that vacuum of knowledge with nearly any absurdity you like, and few will be too turned off by it because few voters do adequate due diligence on relatively arcane subjects (we’re all busy people with lives, after all).

Enter this mailer which was paid for by the Market Freedom Alliance, a relatively little known PAC run by a Scottsdale man named Chuck Schmidt, and seems to have gone out throughout Scottsdale this past weekend. The PAC’s website still has a petition intended to go out to President Obama, so it is safe to say that they are not a traditional player in this space.

Let’s talk about the subject of Proposition 463, the Scottsdale General Plan 2035. I invite you to take a look for yourself at what it says right here. It is a non-binding plan meant to guide growth and development plan with such controversial bullet points as “Advance Innovation and Prosperity” and “Collaborate and Engage”. This document is about as controversial as pictures with puppies. Extremely few people would disagree with the bulk of it.

What does Proposition 463 address? Well, it doesn’t address anything that this mailer says it does. It doesn’t talk about taxes, property rights, nor public safety spending. It has nothing to do with those subjects at all, and as for the other bullet point, “Lower property values”, the justification could be made that it would be beneficial for property values due to guidance for higher development standards.

So why does this mailer say those things? The betting theme is quite ironic, because what they are doing is betting on your ignorance. They are betting that you couldn’t be bothered to do an ounce of homework, and are pulling out all of the traditional boogeyman political tropes. I’m slightly surprised they didn’t talk about Antifa rioting through your town if you vote Yes.

This group is a “dark money” group, so we can’t know for certain who paid for this. It shouldn’t matter. Here is the general plan right here…give it a read, or at least a skim-through, and if you think it sounds reasonable, vote Yes. It’s that simple. Don’t be one of those ignorant voters that this group is betting on.