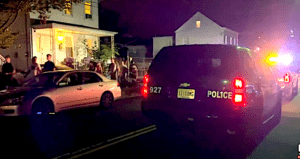 Finally, the crackdown of party houses may finally start in earnest in Scottsdale. So why did it take this long?

Last Friday, Scottsdale police were finally able to begin their enhanced enforcement efforts on out-of-control short-term rental parties. This is after the STR issue was a major campaign talking point on numerous city council and mayoral campaigns, and which clearly resonated. The Scottsdale Short Term Rental Working Group was formed, and after six meetings, they came up with nine recommendations which have been adapted.

We have spoken about this saga at length, and we come back to the question of…why? Why did it take so long? And yet the answer is unusually clear in this case: the state tied the city’s hands behind its backs. When they passed A.R.S. 9-500.39, with Governor Ducey’s blessing, they made it illegal for cities and towns to place additional regulations on short-term rentals.

Why would the state want to do so? We have to imagine that STR companies (most notably Airbnb and VRBO) made generous campaign donations to well placed legislators, and paid for some excellent lobbyists. For a party that prides itself on small government, telling local governments that they’re not allowed to regulate in their own best interests seems to be anathema to that credo.

There have been efforts to undo this wrong. We must give Representative John Kavanagh credit for attempting to reverse this, yet his bill came out of the other chamber watered down (in his words) and failed to pass. Senator JD Mesnard has introduced a bill to allow for municipalities to exert strong financial disincentives for bad actions. But in reality, a full reversal would be preferred.

The people of both Paradise Valley and Scottsdale have spoken. They may not know that it is the SGINOs (“Small Government In Name Only”) in Phoenix who stand in the way, but clearly they are supportive of efforts to reign in STRs. The state capitol needs to take the hint, and get out of our damn way!