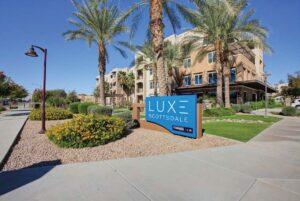 We don’t need to tell our regular readers: rent costs are an issue in Scottsdale. We have broken the top 10 nationally, in rarified air with our big city brothers and sisters, and the stories of longtime residents being pushed out of their homes due to egregious jumps in rent are shameful and unfortunate.

The Scottsdale City Council has been hesitant to take this crisis on with true gravitas, and most multifamily projects have a very difficult time winning a favorable note with a Council that often leans towards being anti-growth. However, they may just be changing if this story is any indicator.

This story details the conversation that has been happening in City Council and offers differing views and interpretation of the data. The normal battle lines have been drawn, with Kathy Littlefield  siding with the more NIMBY argument and Tammy Caputi siding with the pro-growth side.

A few notable points are made in this conversation, the most noteworthy being the frequent puffing up of the number of apartment units in the overall city pipeline. The anti-growth crowd likes to use the number 14,000 as a reason why nothing else should be approved, but Caputi makes the very good point of the disingenuous nature of this. Along with the 14,000 number being simply false (the actual number is under 11,250), just over 3,000 of those are under construction, with the rest still generally facing an uncertain future. It is extremely unlikely that all of them will come to fruition.

We are glad that the conversation is taking place and lies are being debunked, but it also seems as though when the old battle lines remain drawn, that both sides will find the data and experts that bolster their view, and nothing changes. Additionally, the results of the Scottsdale city council primary election had a significant NIMBY lean, thus likely emboldening the anti-growth side to some degree.

We do hope that the conversation moves forward; that said, we won’t be holding our breath. In the meantime, we applaud Councilmember Caputi for speaking the truth and debunking lies.