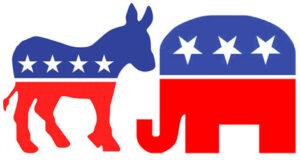 Now that midterm elections are out of the way, next comes the tradition of political parties having their “reorganization” meetings. What this entails is all of the dedicated party apparatchiks coming together to vote on who should be in their party’s leadership. At the county level, Precinct Committeepeople (PCs) come together to vote on county party leadership. PCs also vote to see who will be on the State Committee, the members of which then vote for state party leadership.

Often, these events are dry and long, full of procedural votes on their party platform, or votes for such boring and generally meaningless positions as 2nd Vice Chair of the county party or the like. Often, leadership will run for re-election, and unless they are particularly unpopular, any opposition will be token opposition. There often aren’t a ton of surprises. However, the chair of the Arizona Democratic Party, Raquel Teran, is not seeking re-election, which means a power vacuum. And with any power vacuum, it won’t go unfilled for too long.

Even more interesting and impactful is the fact that the Dems have had big wins, winning the US Senate seat, the Governor’s race, Secretary of State, and (pending recount) the AG’s office. There is actual power to be had in roles like this. So when those newly electeds all coalesced behind candidates quickly, our ears were perked.

Maricopa County Supervisor Steve Gallardo threw his hat in the ring; as the only Democrat of the five member board for several election cycles, he has not had much impact on local politics or policy, and while he has been a mainstay in the local Dem scene he hasn’t been too influential. Therefore it was intriguing to see Governor-elect Katie Hobbs giving her endorsement to him. While his other support seems to have been lackluster, having Hobbs on his side is not to be trifled with. Along with that is a member of her transition team stating that it is her right to anoint the next Chair, which…received pushback.

The next Chair shall not be anointed, however: longtime local union organizer Yolanda Bejarano has stated her intention to run. While many people announce an intention to run, hers is followed by a who’s who of local Democrats backing her: Senator Mark Kelly, Secretary of State-elect Adrian Fontes, presumptive Attorney General-elect Kris Mayes and Congressmen Greg Stanton and Ruben Gallego have all announced their support.

Quite the intriguing development, where Arizona’s incoming Governor is nearly alone in her support of the party’s next Chair. It seems as though Bejarano, an organizer by trade, organized around Gallardo/Hobbs and consolidated support extremely deftly. Meanwhile Gallardo, a candidate in a safe blue seat with no primary challenges for ages, didn’t understand the game that he was playing and assumed that being friendly with one person was enough.

While the votes still need to be tallied, it certainly looks like Bejarano is in the driver’s seat, and with that a deep understanding of organizing and less of the social justice dedication that Teran (or at least gave lip service to).

And now, we wait to see the glorious show that the race for the AZ GOP Chair shall undoubtedly provide!