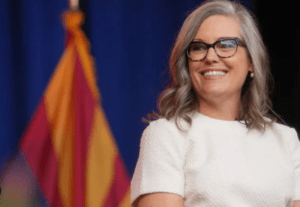 For the first time in 16 years, a Democrat is the Governor of Arizona. The transition into such an office is complicated, with many appointments to make and many departments to fill. This is not something that one person can reasonably do, so the transition team of any new Governor plays a very significant role in preparing them to step into the job as well as making recommendations for the various departments.

You can glean a lot from a new leader’s transition team. So what can we learn from Governor Hobbs’s team?

One, off the bat we can see that the bench of Democrats who have had experience in the 9th floor is very light; Mike Haener, who served on Janet Napolitano’s staff, was one of the two people tasked with putting the transition team together (along with CEO of the Arizona Hispanic Chamber of Commerce Monica Villalobos). Having to head back 16 years for that sort of experiential wisdom can be a challenge.

The next thing that pops out about the transition team members (the full list of whom can be found here) is that it is unusually balanced between left and right. While there are a few Democratic legislators, several other Democratic elected officials, and heads of left-leaning organizations like Chicanos por la Causa there, there are also a number of Republicans such as John Giles, Bob Worsley and Andy Kunasek.

It should be noted that the Republicans included are very much of the moderate variety, as expected. While the intent was clearly a big tent, it was not designed to be big enough to include election denial, Trump fealty, or extreme nativism.

Also, while there is significant representation from labor unions within this group, there is also representation from those with serious wealth who are not typically considered supporters of Democrats; John Graham and Sharon Harper stick out amongst those. This may lead one to believe that economically speaking, Hobbs will lead from the center-left and likely will not be in a hurry to bow to the hard left in her party on this issue.

But the biggest takeaway? That this is truly a balanced transition team that has a number of different voices without a strong, singular ideological tilt. This is a pragmatic transition team, which gives us significant hope to those of us from the center-left to the center-right that governance will be prudent and reasonable. The wings of each party will not be happy, but I’m not sure that that’s a bad thing.