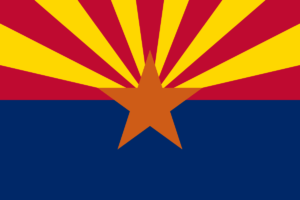 As the dust settles on this election, conclusions and general punditry are coming out of everywhere and anywhere. Shoot, we even did so regarding what we believe Arizonans told us about the statewide candidate campaigns. But no one is talking about the various propositions that Arizonans also voted on, so we’re here for you on that subject.

1. A Little Less “Power to the People”

There were three ballot propositions related to ballot propositions themselves; after all, they are frequently the bane of those currently in power (how dare the electorate not trust their elected officials to do what’s in their best interest!), and attempts to reign in this power is an evergreen attempt from the legislature come election time. This time, it was a mixed bag, but moved the axis of power slightly away from the electorate.

First the most obvious and egregious power grab from the legislature, Prop 128, which would allow Arizona state lawmakers to amend or repeal voter-approved ballot initiatives if any portion has been struck down by the state or U.S. Supreme Court. While constitutionality is important, with what is very clearly a stacked state Supreme Court that portion made it a significant attempt at a power play by the GOP. It went down in flames, 64-36.

Props 129 and 132 had more positive fates however. 129 requires a single subject in the title line for citizen initiatives, and it passed 55-45. More damningly, Prop 132 mandates that any proposition that includes a tax of any sort must pass with a 60% vote, essentially a poison pill. It squeaked by, 51-49.

So the electorate decided to take some power away from themselves voluntarily. Apparently they trust the government more…curious.

2. Decency and Wisdom Largely Won Out

We were very pleased to see a few big wins for decency and sanity in the proposition votes. One, Prop 211 was the biggest winner of the night; Terry Goddard’s passion project that recruited prominent Republicans and Independents regarding more transparency in dark money election spending won big, 72-28. Indeed, it was the top vote setter of 2022. Proposition 209 which puts more limits on medical debt collection, both interest rates and exemptions on what can be repossessed to pay for it, won with a similar margin. Lastly, Prop 308, the “Dreamers” proposition that allows for in-state tuition for undocumented students who have been in Arizona for a while also passed, albeit with a very narrow 51-49 margin.

Regardless of how you felt about the winning candidates from the election, these are some common sense propositions grounded in decency and good policy, and we are glad that they passed.

Yes, that is awkwardly phrased. But two election-based issues came to the voters, leading to one big change and one non-change.

Due to Prop 131, you will now be voting for a gubernatorial slate, as the 55-45 passage will set the stage for a Lieutenant Governor to be elected alongside the Governor, serving as a Vice President to a state’s President. This means that the Secretary of State will no longer be the Governor’s backup and is a system implemented in many other states. In a state that likes to split tickets, it will be an adjustment from an overdue one.

However, voters also shot down more purported election protections; Prop 309 would have necessitated a photo ID instead of two non-photo IDs when voting in person, and would have required mailed in ballots to include the voter’s birthdate as well as an identifying ID number, such as the last four of their social security number of their driver’s license number. Privacy concerns seemed to sink it, albeit in a close way, with a 51-49 loss. That said, since it seemed to be more of a way of attempting to solve a non-existent issue, perhaps it’s for the best.