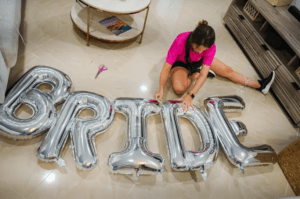 We have long taken pride in the city of Scottsdale as a great place for a number of reasons: ideal for living, raising a family, golfing, eating, drinking…but now Scottsdale is getting national kudos as a prime destination for something else: bachelorette parties.

Scottsdale is now ranked as the #2 destination for bachelorette parties by frequency, trailing only Nashville and ahead of more presumptive bachelorette party hotspots such as Miami and even Las Vegas. Surprised? Maybe you shouldn’t be. It speaks to the importance of a vital aspect of Scottsdale: the Old Town Experience.

After all, we often talk about how Scottsdale is a golf destination, or a great place to live and raise a family. It’s safe to say that no one is considering Scottsdale for these reasons; they are coming here because of that amazing nightlife and myriad activities all concentrated in a small part of a relatively large city.

With that comes a whole lot of spending: according to thebach.com, the average party includes around $5,500 to $7,000 in spending per event. And with 11,600 parties planned for the area in 2022, well…you can do the math. That’s a lot of money pumped into our local economy, and lots of tax revenue that we are pulling away from other destinations.

With that comes a lot of responsibility, and the city clearly takes it seriously. After recent spates of violence, a task force was developed to nip that problem in the bud. Additionally, while not directly germane to bachelorette parties specifically, Scottsdale is now the first city in Arizona to be designated as a “Cease City”, which is one that trains employees on how to spot and battle against sex trafficking. It is a city that is a destination for many visitors and many seeking a good time, and that is a designation that the city both recognizes and is ready to protect.

But it all begins and ends with Old Town; that is the center of the party, that is the revenue machine for tourism. And while the voices of those in north Scottsdale typically have an outsized say in our governance and will often give lip service to the importance of tourism, they’re not the ones bringing in those tourists. Perhaps we would be best served to take a step back and consider the needs of those in our entertainment district. It might be easy to forget about if you live here, especially if you are older and don’t frequent it much these days, but that doesn’t mean that it’s not vital to our city.