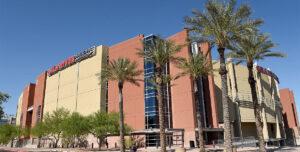 In what could easily be seen as one of the biggest in a long line of mistakes from the city of Glendale, it was recently announced that the Phoenix Coyotes couldn’t come to an agreement with the city of Glendale, and as such will be playing elsewhere in the Valley after this upcoming year.

While I don’t live in Glendale, I can’t help but feel bad for the citizens and taxpayers of the city, and the foolhardiness of the city, as well as the businesses that inhabit the Westgate District. It brings to mind the travails of malls in the 21st century in the face of a mortal business threat like Amazon. Many malls have had a large anchor business such as a JC Penney’s or Neiman Marcus. When those anchor stores went bankrupt or left for any reason, I’m sure that many mall operators wishingly thought to themselves, it’s ok. We’ll find someone else.

Spoiler alert: they rarely do.

Now the city says that since concerts bring in more revenue, it’s no problem, we’ll just have more concerts there. So now they just need to find dozens more very big name acts annually (on top of their baseline amount of shows at the venue) to replace that extremely steady revenue of 41 regular season matches (plus preseason, plus playoffs) and not make their decision look bad.

Are there a shortage of musical venues in the Valley? Or are there a large number of major musical acts that for whatever reason had bypassed the now-5th largest metro area in the country in the past but now all of a sudden want to come here? Supply has to meet demand, and I see no catalyst for that to happen here, unless it involves major concessions (and either lost revenue or additional costs for the city).

I won’t pretend to have been a fly on the wall during those conversations, and there is plenty I don’t know. But due to the contention in the past between the city and the team, as well as the relative mismanagement of the city by its leadership, it is easy to assume that the problem wasn’t the team. Especially considering the past issues, and that this was a city-commissioned study (i.e. it was more likely to find the outcome they wanted to find), it feels like the decision was mostly already made…frail egos inherent to politics were challenged, and the frail egos lashed back with emotion, not logic.

As always, the taxpayers of Glendale will suffer most, and that’s deeply unfortunate.