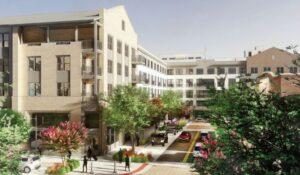 We often gripe about the lack of new developments in Scottsdale, with reasons ranging from a council that is sometimes antagonistic to such projects as well as the culture of NIMBYism that has befallen our great city. Sometimes we need to see that there is a better way. Enter Gilbert.

Gilbert is showing what can happen when you have leadership that understands the need for a spark on occasion. A recent successful rezoning vote on a recent major mixed-use development has paved the way for a transformation of Gilbert. The Heritage North project will come with 288 rental units, parking, a hotel, shopping; it could reasonably alter Gilbert in a very major way, an unequivocally positive way.

Moreover, the construction firm is a familiar one to those who follow Scottsdale development: LGE Design Build. They are also a partner on the project to develop the area where the highly contentious Southbridge 2 development was to take place. They are earning kudos from the city of Gilbert, which should portend a positive future for their plans here.

But is the Scottsdale City Council paying attention? Are the NIMBYs listening? Because while the idea of Gilbert taking away Scottsdale’s tourist dollars would have seemed far-fetched before reading this, they’re clearly creating a significant value proposition for out-of-towners. We can only hope that the city sees the value that good builders like LGE are bringing to that city and would want some of that for themselves.

Scottsdale has long prided itself on preserving its quality of life, however that sometimes seems as though it’s shorthand for being antagonistic to any change. And while that may earn some points for those who look for “quaint” in their vacations, it’s not unreasonable to see a situation where Scottsdale starts to get left behind by bolder ideas and concepts.

Bold ideas get people’s attention. Good builders catch people’s eyes. And when you bring the two of them together, you gain tourist dollars both from in-state and out-of-state. Good development moves cities forward, like this project likely will to Gilbert. We hope that Scottsdale will read the tea leaves and stop clinging to the past and start thinking about the future.