We’ve always wondered why the most visible mouthpiece for critics of the revitalization of the failed former Chinese Cultural Center site in Phoenix was an Anglo, and a convicted felon.  There is more info on that here.
Tom Simon’s failures in this case and felonious behavior previously could be the reason notable sympathizers like former Phoenix Mayor Phil Gordon, respected attorneys Paul Gilbert and Don Bivens, have fallen by the wayside as legal, political and common sense losses mount. 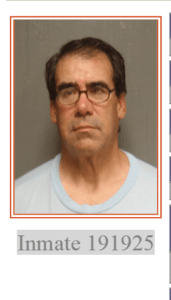 Is Dr. Anthony Yeung, a respected Valley doctor next?  Perhaps.  We couldn’t help but be amazed at the Simon screed below ripping Yeung just a week after appearing with him in videos touting his earnestness. It’s quite the read.
Civil War was the title of the last Captain America movie and an apt description of what’s now taking place in some parts of the Chinese community in Phoenix thanks to Captain Tom.
But another part of Simon Says caught our eye.  Check out his full-throttle defense of Dennis and Jack Wilenchik, attorneys racking up loss after loss after loss in this matter.  Perhaps it shouldn’t surprise us that the Wilenchiks want to be peas in a pod with Simon.  After all Dennis Wilenchik once said, “I look forward to the many nights and mornings when you think of my name and squeal . . . Check out the movie Deliverance, ” according to a Phoenix New Times article.
The Wilenchiks are often the kind of attorneys who take things on when others won’t.  Think Goldberg & Osborne meets Michael Cohen or Michael Avenatti.   Their involvement here is an example.  It doesn’t matter if your legal arguments are dogs throw anything and everything out there just to get your name in the media.
But even we feel sorry for the Wilenchiks now.  It’s like they just got an endorsement from Eric Schneiderman. It’s also worth noting that Mr. Simon consistently misspells Wilenchik in his emails.
After this is all over, losing won’t be what people remember about the Wilenchiks most.  It will be that they decided to bunk with Tom Simon long after others rightfully left his scene.