Paging Dr. Anthony Yeung. This respected spine surgeon is the unlikely focus of a weird new YouTube video hosted by a felon attempting to play the role of reporter. 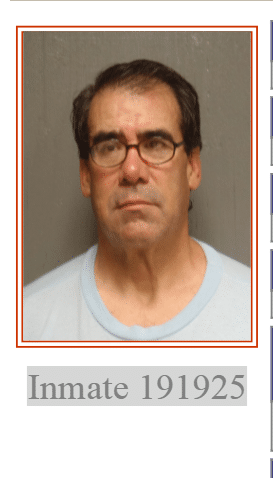 The folks opposed to the rehabilitation of the former Chinese Cultural Center near Sky Harbor Airport have been employing a spokesperson with a pretty colorful past. Tom Simon (AKA Tom Avila) has a lengthy criminal history and records from the Arizona Department of Corrections show he served several years in prison for trafficking in stolen property. Simon was released in 2011 according to ADOC records.  Simon’s criminal history extends into the 1980’s according to 2004 reports from the Phoenix New Times.
Tom Avila’s Big Story
April 2004 Phoenix New Times
B.S. Enterprises
June 2004 Phoenix New Times
Simon tries to play the role of a reporter in this bizarre YouTube video.  Dressed in a suit and sporting thick rimmed glasses, Simon peers into the camera and delivers his nonsense. It’s an unconvincing performance and the video comes off looking more like a bad infomercial. Simon’s last serious stint as a reporter ended more than a dozen years ago when he was hauled off to prison.
His interview with Dr. Yeung is strange. It even delves into China’s politics, with Dr. Yeung extolling the virtues of China’s controlled economy as opposed to free market competition. Here is a link.
We have a hard time believing Dr. Yeung would have done anything with Simon, let alone a video like this, if he was aware of Simon’s past or the extent of his criminal record.
Dr. Yeung has a compelling personal story. His family escaped from China in 1949. He became a well-known spinal surgeon in the Valley. He’s gives generously to charity .He has served as Chairman of the Maricopa Medical Society. While recent years may have been more challenging to Dr. Yeung, he deserves better than to be lured into a “fake news” segment staged by a felon who has a casual relationship with the truth.