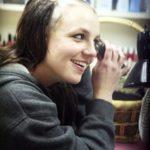 When a beautiful young woman does this to her hair it’s a shame.  And disturbing.
The same goes for misfitting projects like this at Troon North in Scottsdale. We have previously opined how wrong it

would be for a speculative timeshare developer to be allowed to triple density adjoining the clubhouse of one of the finest public golf courses in the United States, Troon North.  Here is a link.
But we never thought it would or could look this bad.  Impolitically correct, The Tripling of Timeshares at the entrance of Troon North looks more like the barracks in another part of Arizona.  In Parker.  Thate’s where the United States infamously interned Japanese-Americans in World War II.  While we certainly don’t mean to imply moral equivalency we certainly don’t mind making the architectural comparison, though the ones still standing in Parker might actually be more attractive, as hard as that is to believe.One of Britney Spears’ biggest hits was called “Toxic.”  And that’s what the notion of this absurd plan would be for Troon North’s 1800 homeowners, Scottsdale and one of its grandest tourism trophies.
Developer lobbyist and former Scottsdale Planning Department official Don Hadder should be ashamed to be shilling for such specious speculators. Hopefully, Scottsdale Mayor Jim Lane and the Scottsdale City Council will see through the nonsense in favor of one of the city’s signature neighborhoods.