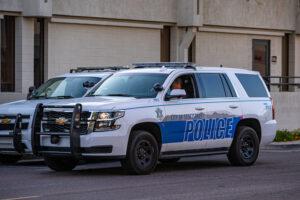 There has been significant chatter recently about crime in and around Old Town recently, including a murder there just last month. Well here we are again, with another shooting there last week (and no arrests at the time of writing. We do not want to overreact with clickbait titles and fear tactics, but at the same time we often tend to think of our little slice of heaven as being above these problems. Now we are forced to wonder…do we have a crime issue?

Mind you, this is in the context of a rise in crime in Old Town last year, enough so that the Scottsdale police proposed new rules attempting to curb just this very problem, such as better crowd control and more visibility of security guards as a deterrent. The fact that we’re still talking about this would imply that the problem has not been fixed. But how bad is it really?

In all fairness, this is not a citywide problem. Anyone who has been to Old Town on a weekend night knows that it is a place to party, and when alcohol and testosterone mix together, it is often a recipe for problems. Also notable is that the recorded shootings seem to have happened at night. And when you look at a crime map of Scottsdale, the problems seem to be nearly purely relegated to the Old Town area. However, we would be remiss if we didn’t mention the infamous Scottsdale Fashion Square Riot where many young people used George Floyd as an excuse to steal and loot, but it is hard to see that as anything other than spoiled kids taking advantage of a moment. Scottsdale is still a safe and great place to live.

Is this much ado about little? When shootings occur at 2 AM when the vast majority of honest, law-abiding citizens are in bed, it is hard to ring the alarm bell too loudly. But we also wonder aloud what might happen if this violence happens in the daytime? What will happen if a daytime-drinking reveler shoots live rounds when tourists are all over the area? It is a very concerning thought with regards to our brand and the impact it may have.

Are these problems even solvable? Can you have a party scene that is free of issues? Doubtful. While there are certainly more things that can be done, such as identifying problems more effectively before they spill out into violence and monitoring alcohol consumption better, there are no easy answers.

Unfortunately we believe that sometimes you need to take the bad with the good, and that if we want to be a party destination as much as a golf destination, issues will be impossible to completely nullify. But when the pros are as strong as Scottsdale’s are, with golf, great weather, spring training, great dining, etc etc it’s difficult to see a scenario where the cons outweigh the pros. Scottsdale continues to be an economic driver and a great place to play, and we don’t see that changing anytime soon.