By State Senator Al Melvin
Arizona’s Religious Freedom Restoration Act (RFRA) has been law since 1999. SB1062’s sole purpose was to update two sections of it. First, to clarify the definition of “person” to include all types of businesses and legal entities. Arizona laws largely conform to that, but more clarity was best. Second, to address the infamous photographer case in New Mexico where courts ruled that RFRA protections did not apply in a case involving two private parties. We wanted to protect people’s liberties, not just from encroachment by government, but from other private parties as well. 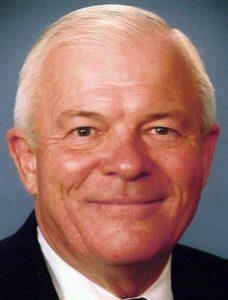 The bill did not change the protected or unprotected classes in Arizona. Hysterical pronouncements like “mixed-race couples will be kicked out of restaurants” were deliberately inflammatory. That discrimination remains illegal under Arizona and Federal law.
Democrats and liberals argue that businesses should operate only with the consent of government and they should have no say in who they do business with or how. If their doors are open, they must serve everyone and accommodate any request if they are physically able. But that isn’t the law now, nor should it be. A sign company doesn’t have to produce a banner that depicts graphic violence just because their customer wants one. A baker doesn’t have to bake a cake in the shape of a Nazi swastika just because a customer wants one. Still, opponents of SB1062 argue that the State of Arizona should force these companies to make these products or go out of business.
True liberty is not where you get to make everyone do everything you want them to do. True liberty is where you are free to do what you want to do. You are free to make your choices and so is everyone else.
Will some people make bad choices? Sure, but most won’t. And no one should want to live in a society where government dictates how we must live in some misguided effort to keep us all from making bad choices.
Unfortunately, SB1062 was poorly communicated and poorly sold to the people of Arizona. The bill passed last year and got no coverage. Debate this year got relatively little coverage. Then it passed, the left went nuts, and groups who supported the bill were unprepared for the level of hysteria that greeted them.
I understand Governor Brewer’s veto. The bill lacked the support needed to survive such controversy. SB1070 had tremendous support from the people of Arizona, so when liberals got mad at it, Arizona stood tall. This bill doesn’t have that support. Had I been Governor I would not have ignored the bill until it was passed. I would have been talking to the people of Arizona the whole time. You have to explain, you have to listen, and you have to build consensus. I would have lead on the issue.
Finally, hysteria sells newspapers and drives ratings, but there is danger for everyone when emotions overtake reason as they have in this case. There is a history of discrimination against homosexuals that is both wrong and at times quite ugly. So it is understandable when human nature doesn’t mind if the pendulum swings too far back the other way. But so long as that pendulum is swinging back and forth, no one is safe, they are merely taking turns oppressing or being oppressed. Everyone should want to be able to live and work as they please. That is what liberty is, and that is what I’m fighting for.
Al Melvin is a Republican State Senator and Candidate for Governor. He was the only Republican candidate to publicly support SB1062.