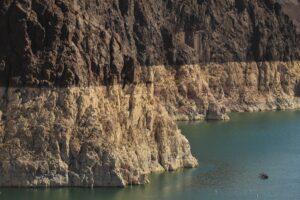 Water is a precarious subject here in Arizona; we all know that it may be a major problem in the next few decades but live our lives like it’s not. We probably know that our major sources up north are at essentially record low levels but we’re not trying to prevent new people from coming here. We have written about it often, but relatively little changes.

Except that things actually have been changing…quietly. The city of Scottsdale has been moving towards reducing its water footprint, with significant success already. The city has already reduced its water usage by 8% compared to last year, and residents have pitched in an additional 2.5%. More notably, the city’s cuts haven’t seemed to have a major negative impact; there was some low hanging fruit it would seem.

The first stages of this plan seem to be centered around the hope that Scottsdalians will voluntarily cut their usage by 5%; the plan is that as long as drought conditions do not continue to run unabated, that volunteer cutbacks will allow them to avoid mandatory cutbacks. However, as 70% of Scottsdale’s supply comes directly from the Colorado River, it leaves it uniquely beholden to it, so success with voluntary drawbacks may still lead to mandatory reductions if conditions demand it.

The current leg of the plan only directly impacts the agricultural sector here, which as anyone who knows what the 5 C’s in AZ are, this should come as little surprise. One would assume that the agricultural sector will continue to be further impacted, as there will likely be little political appetite for sparing that sector if it means meaningful water cuts for everyday citizens.

The initial findings in Scottsdale are somewhat heartening. The people were asked politely to cut back on their water usage, and they did in a material way. This sort of voluntary compliance is great to see, even if the way things are going, it may soon not be enough.

We appreciate Scottsdalians stepping up for one another. That said, having 70% of our water coming from the Colorado River should give pause to anyone who lives here. After all, our future is completely out of our hands, so we fear that polite asks for volunteers are likely just the beginning.