So many political campaigns are so full of pablum.  Hire a consultant.  Take a poll.  Send out mailers and missives that are the highlights of the poll.  Repeat. 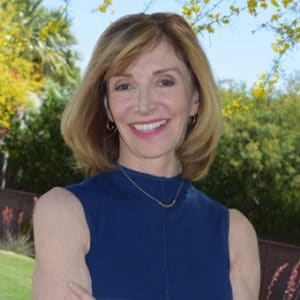 That’s why it’s refreshing when someone, anyone, breaks the mold.  Cue Anna Thomasson, businesswoman and first-time candidate for the Paradise Valley Town Council.
We’re sure her campaign will feature all the typical stuff down the road for a campaign in a small but impressive field, including a vulnerable incumbent.  But that’s not how her’s is starting.  Instead, Thomasson opted to first introduce herself to the community and voters by walking everyone of its streets and neighborhoods, over 100 miles in all.
It’s a novel approach not only for Paradise Valley, but any political candidate.  It’s a tactic not practical everywhere, but one we hope will inspire other candidates to not be so paradigmatic.