By Frank Antenori
I was recently invited for coffee by a close friend and fellow Republican to discuss upcoming state legislative races. Well respected in both local grass roots circles as well as the so called “GOP Establishment,” he was chosen to reach out to me in hopes of convincing me to not get involved in several key legislative primaries. However, by the time we finished our second cup of coffee, he would not only fail to convince me to stay silent, but he would instead volunteer to help me in my efforts to inform GOP voters of the threat to our state. It took a simple history lesson to change his mind. 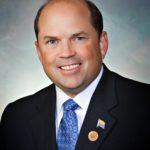 I take you back to the 46th Legislature. In 2004, a handful of so called “pragmatic” Republicans conspired with Democrats to give then Governor Janet Napolitano a budget that would increase state spending by more than $700million, a 10% increase in spending in a year that saw little inflation (2%).
Worse yet, that budget created a $500 million budget deficit; in violation of Arizona’s Constitution which requires a balanced budget. Rightfully, fiscal conservatives were outraged at what was clearly an irresponsible budget. In response, conservatives recruited fiscally responsible primary opponents to challenge these fiscally irresponsible Republicans.
Then the “GOP Establishment” stepped in. They argued that we risked losing our legislative majorities by running more conservative candidates in the general. Even going as far as saying that even though these “pragmatic” Republicans may have strayed a bit and voted with Democrats for the big spending budget, at least they voted right on things like guns, faith and family issues. They used the old rationale of “even the worst Republican is better than the best Democrat any day.” Generally I would agree with that statement, however, it only holds true if those Republicans support the Republican platform and not the Democrat platform. In 2004, there were 39 Republicans in the House and 17 in the Senate. (In Arizona, you need only control 31 seats in the House and 16 in the Senate to maintain your majority.)
Many of the party faithful bought the establishment’s argument, held their noses and voted for the fiscally irresponsible Republicans “for the good of the Party.” Deep down they hoped these “pragmatic” Republicans would realize the error of their ways and act “more Republican” and fiscally responsible if they got re-elected. As a result, the fiscally conservative challengers were defeated and the “GOP Establishment” candidates got re-elected.
What did voting for the establishment candidate get us? Over the next few years, more and more spending occurred and the budget deficit got bigger, ballooning to over $2.2 billion. Well at least it helped us keep our majorities in the legislature right? Not exactly, in the House the GOP lost six seats and our majority declined to 33 seats; dangerously close to the 31 needed to maintain majority control.
Then in 2008, “Pragmatic Republicans” did it again. Cutting a backroom deal in the dark of night with legislative Democrats and Governor Napolitano, four House and four Senate Republicans essentially voted to put Arizona on the verge of Bankruptcy. They left the State with no money in the Rainy Day Fund and a $3 Billion budget deficit. This time conservatives had enough.
A grassroots groundswell of conservative candidates filed to run for the legislature and challenge the big spenders of both parties. Once again the “GOP Establishment” clamored about “party unity, we’re going to lose our majority if we elect conservatives in the primary, think of the big picture and don’t get hung up on a single budget vote, etc.” This time, despite the GOP establishment spending heavily on their “pragmatic” candidates, the GOP primary voters weren’t going to listen.
Fiscal conservatives won primary after primary, soundly defeating establishment candidates in several key races. Instead of lining up behind the party’s nominees, the GOP establishment instead sided with Democrats by undermining conservative candidates in the general election. Establishment lackey and so called “political consultant” Nathan Sproul even penned an open letter to voters stating “In my opinion, the Republican Nominees are not reflective of the overall electorate.” His statement was quickly picked up by Democrats and used in mailers against conservatives.
Despite the “GOP Establishment’s” efforts to torpedo our candidates, we not only kept our majorities in the State House and Senate, but increased them! Keep in mind this was 2008, the year Barack Obama was elected President. Conventional political wisdom predicted a Democrat landslide nationally and the Tea Party was still more than a year from even coming into existence. Arizona was one of only two states in the whole country that saw Republicans add seats to their legislatures. The GOP Establishment was not only WRONG, they were DEAD WRONG.
Then came 2010; “the year of the Tea Party.” Both Establishment GOP candidates as well as Democrats were steam rolled by conservatives. Republicans obtained “Super majorities” in both houses of the legislature and it immediately led to a balanced budget in Arizona, the first in over five years.
Now we’re back to 2014 and here we go again. A new bunch of so-called “Pragmatic Republicans” have again voted with state Democrats to bring Obamacare to Arizona and once again bust the state’s bank by voting for fiscally irresponsible budgets. Where there was once $1Billion in the Rainy Day fund, now there’s essentially nothing. The budget is once again structurally unbalanced and we’re looking at huge deficits again in 2016 and 2017.
So guess what the “Establishment” is saying. Yep, you guessed it: “Don’t primary them, they only voted ‘wrong’ on Obamacare and the budget, but otherwise, they’re still better than Democrats. Don’t primary them for the ‘good of the party’ and so we don’t lose our majorities.”

Well I for one am not buying it. I’m not going to let history repeat itself. These turncoat Republicans, also known as “Legistraitors,” are causing irreparable damage to our states’ fiscal and economic future and they must go. We can’t let the financial disaster of 2004-2008 happen again. Reelecting these “pragmatic” traitors to the platform will spell fiscal disaster for Arizona. Ask yourself, do you want to go through what we had to go through back in 2009-2011? Huge budget cuts, a sales tax increase, selling our Capitol? Heck no!