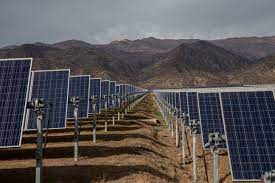 As a co-equal branch of government, the Arizona Corporation Commission is an odd, idiosyncratic piece of Arizona governance; like Mine Inspector, but less interesting. That said, their impact on the everyday lives of Arizonans has been traditionally somewhat outsized. The reason is that while most of us who have ever started a business typically know the ACC as the dreary building you need to go down to file your paperwork and pay your fee, one of the more important tasks they have had has been to regulate the utility companies in the state.

The thing about corporations however is that they are typically not a huge fan of regulation, and when given the option to help appoint their own foxes to guard the henhouse, most would consider it a wise line item expense. As such, Corporation Commission races have been dominated by APS spending in order to elect their favored regulators. As such, the race has often turned into Republicans running traditionally-funded races with large financial backing from APS (typically via a 501c4, “dark money” organization) versus the Democrats running as Clean Elections candidates, running against APS and for renewable energy. Usually it worked out for APS and the Republicans.

However, change seems to have come to the ACC. Centrist Republican and APS-skeptic Bob Burns seemed to have led the charge to neuter APS’s influence, first pressuring them to stop their political spending, and perhaps sensing a change in the political winds, the CEO of APS vowed to stop the company’s spending on Corporation Commission races. Perhaps sensing an opportunity, Corporation Commissioners (currently 3 Republicans and 2 Democrats) have pushed forward on plans to have the company’s energy coming entirely from carbon-free sources by 2050. Ambitious, absolutely…realistic, maybe, maybe not. A seismic shift in the tone and tenor of the fourth estate however, especially from a Republican-majority body.

We are not here to discuss the merits of renewable energy mandates however, we are here to simply discuss: where does that leave this race now? It seems possible that the body will become much less of an activist or protectionist body, and more of an administrative body (like it was likely intended). Democrat Sandra Kennedy’s seat is up for re-election, as is Republican Justin Olson’s seat, which will turn into an open seat due to his declining to run for re-election.

For these two seats, the Democrats will have a non-existent primary; two candidates on the ballot for two seats. Along with Kennedy, Tempe City Councilmember and frequent clean energy advocate Lauren Kuby will both make the ballot, both as Clean Elections candidates with the same funding as Kathy Hoffman in her race for State Superintendent (nearly $110K for the primary and $166K for the general election).

On the Republican side, we will have a bit of excitement, as there are three candidates vying to become one of the two who will make the general election ballot. There is Kim Owens, a Trump delegate in 2016 and a member of the SRP Council who was knocked off the ballot for the ACC race in 2020. Kevin Thompson is a Mesa city councilman who will also be on the ballot, and lastly there is Nick Myers, who is a policy advisor to Justin Olson (likely carrying his ideological mantle).

Both Owens and Thompson clearly state that they are not in favor of mandates, and with Myers’s tutelage under Olson, it’s probably not a stretch to believe that he isn’t either. So this race could turn into the battle to keep the zero-carbon mandate versus one to ditch it.

Perhaps the strangest twist is that all three Republicans are running in the Clean Elections system, a near impossibility in Arizona GOP politics. However, none of them have yet qualified for their funding, and the 1,500 $5 donations necessary to qualify is no small feat. Their ability to be successful in the general election (let alone the primary) is dependent on this.

2022 will probably be a good year for Republican candidates in Arizona, but only if they are not vastly outspent. If two Republicans can get fully funded, they will stand up well against the Democrats. This is a big If however, and the future of clean energy mandates is on the line. We call this a Lean Republican race, but If and Only If.