As Scottsdale voters were preparing to vote on city council candidates during the 2012 election the Arizona Republic rightfully called businesswoman and preservationist Virginia Korte one of the finest, most qualified people to seek the job. Korte is now the Vice Mayor of Scottsdale.
Such plaudits are appropriate for her friend, just across a town boundary, Paradise Valley Town Councilman Dan Schweiker.
Schweiker surprised many earlier today with a letter announcing his intent to resign from the Town Council July 3rd, and move to a smaller home in Scottsdale. 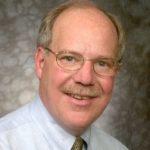 It is major loss for the tony town, because he is a person that has helped achieve so many wins for it.
Years ago he cut through the acrimony that led to both beautification and flood control on Doubletree.
He has always been a strong supporter of photo radar.
He cast the deciding vote making Ed Winkler the Mayor, demonstrating his belief that no one should sit in that chair too long, as it belongs to the citizenry not the entrenched.
In between council stints he chaired the political campaign committee in support of a new Ritz-Carlton, not that his tourism bona fides ever needed to be burnished. On the council there has been no one more emphatic about the need for robust Paradise Valley resorts than Schweiker. He knows they not only provide great amenities for local residents, but revenues from them mean Paradise Valley remains one of the few municipalities in the state without a property tax.
With this in mind, Schweiker worked tirelessly to untie the knot at Mountain Shadows, long Paradise Valley’s most difficult problem. Indeed, it is fair to say the complex deal, and unanimous council vote to move forward, would not have happened without Schweiker’s commitment and diligence.
And when it comes to politics, Schweiker is a proud, moderate Republican. There aren’t too many around these days and Schweiker wasn’t afraid to confront conservatives because he believed so strongly in a more centrist path.
Smart. Affable. Accomplished. Passionate for his place. Dan Schweiker stepped into the arena and made it better. Thank you, sir. Very much.