By Virginia Korte
At Tuesday evening’s City Council meeting, I told a standing-room-only audience that the request to rezone some State Trust land to accommodate the Crossroads East project was one of the most complicated cases I have ever contemplated.
Based on what several of my fellow councilmembers said during our vigorous discussion, I was not alone.
After four hours of presentations and public testimony, we voted 5-2 to rezone 1,000 acres north and south of the 101 between Scottsdale and Hayden Roads. The vote allows the State Land Department to take the property’s 11 parcels to a public auction. 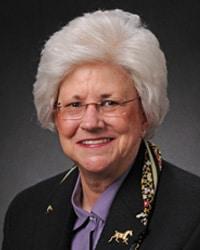 A spokesperson for Nationwide Realty Investors, an affiliate of the Nationwide insurance company, explained that the organization intends to bid on a 136-acre parcel of the property. If Nationwide wins the bid, the company will move their offices, which are currently located in the Gainey Ranch Corporate Center. The new location, which the company has designated for a mixed-use development, will allow the company to consolidate their subsidiaries and increase the number of its employees. That will be a good thing for Scottsdale’s economy.
Furthermore, Nationwide will “set the bar” for additional mixed-use development on the other parcels for office space to attract employers offering well-paying jobs.
The process wasn’t perfect. I shared the feelings of some neighbors near the location that the city could have done a better job of keeping them informed about the project. I have been assured that the city staff will be working on improving the community outreach process on future projects.
In the end, I think we did the right thing for taxpayers by strengthening the future of the city’s economy – and retaining the city’s long-time relationship with Nationwide, one of Scottsdale’s premier corporate citizens.
Sincerely,
Virginia L. Korte